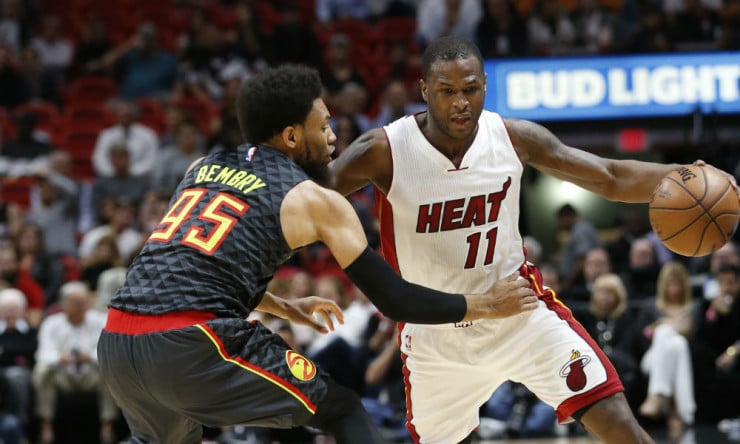 The Heat lost (Dion) Waiters with what initially appeared to be a serious injury with 3:07 to play in the second quarter. The Heat shortly thereafter announced the injury as a sprained left ankle, with X-rays coming back negative.

Waiters first was carried off the court and then carried into the locker room, unable to put weight on his left ankle.

“It’s a sprained ankle, same left ankle he sprained in Minnesota,” Spoelstra said, “so I don’t know what his problem is with Minnesota. But he sprained it similar to the way he did last time. There’s no timeline on it. There’s no way to really tell until we get to the next day.”