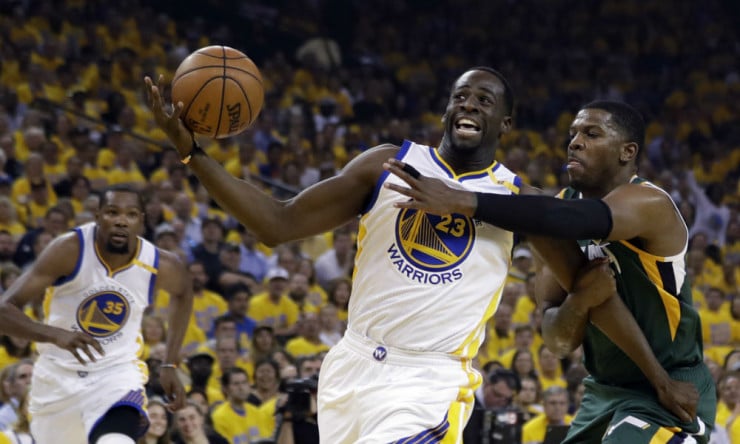 After the Golden State Warriors’ 115-107 loss to the Detroit Pistons on Sunday night, All-Star forward Draymond Green was asked his thoughts on the $25,000 fine he was handed by the league for his role in Friday’s altercation with Washington Wizards guard Bradley Beal.

The NBA says Green was penalized for “failing to disengage.”

Green didn’t hold back his criticism of that explanation.

“It came as no surprise to me,” he said. “I was naive enough to think that the first tech [for arguing an offensive foul call] would get rescinded since I said it wasn’t my shoulder. But, silly me to think they’re going to take a tech back from me. I was also naive enough to think they’d say, you know, I got slapped, or whatever I got in the face and then grabbed. I don’t know what else you’re supposed to do at that point. I didn’t even grab him and slam him. I grabbed him and held my ground, and then they slammed me on top of him. What did they say? I continued, or I failed to disengage? How do you disengage at that point? That sounds like we got him, to me. I have never heard that before in my life.”