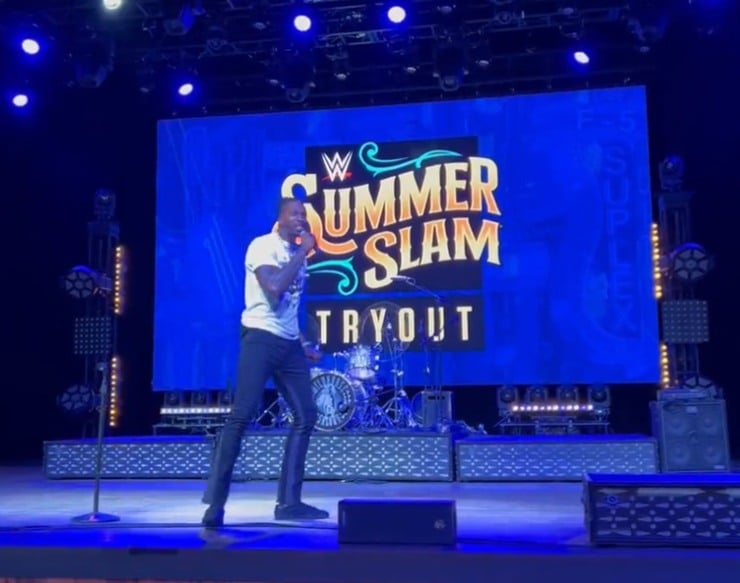 Dwight Howard crashed the 2022 WWE SummerSlam Tryout in Nashville on Thursday, since the NBA center is more than willing to pursue a career in pro wrestling. The company executives enjoyed his promo.

If Howard remains unsigned entering the 2021-22 NBA season, the eight-time All-Star has a potential future in the ring.

During the SummerSlam tryouts, Howard impersonated Sho’nuff, the villain in the 1985 film The Last Dragon, on stage in front of Triple H. 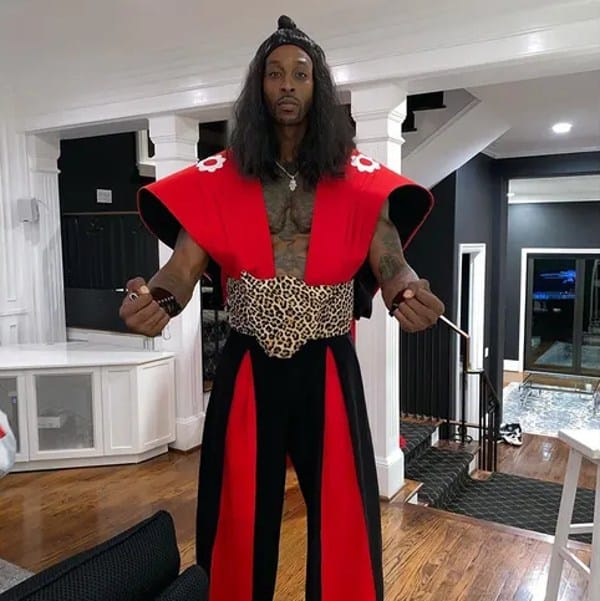 Of course, the center dressed as the bad guy last Halloween. Sho’nuff was played by Julius Carry back then. He died on Aug. 19, 2008. Carry was the 6’5″ antagonist.

Since Howard is 6’10” and broad-shouldered, the NBA champ makes the character even more intimidating. Howard has been a pro wrestling fan for years, so he thought it was the right time to give it his all and meet up with WWE Superstar Titus O’Neil.

Dwight Howard is serious about joining the WWE

In an interview with LA Times and ESPN columnist Arash Markazi, he told the senior writer, “I think it is something in my future. I love the WWE. I love wresting.”

“I’m grateful and thankful for this opportunity to be here and just witness this whole thing, tryouts and everything. Hopefully one day in the future, I’ll actually be in the ring, wrestling and holding up a belt.”

Dwight Howard said he would like to play in the NBA next season but is ready to transition and join the WWE if that does not happen. His NBA career began in Orlando and he said he’s open to beginning his WWE career in Orlando where the WWE Performance Center is located. pic.twitter.com/VnT0bA1LCB

The former Laker is not ready to retire from basketball. However, teams are not interested at the moment. He last signed a $2.6 million veteran’s minimum contract on Aug. 6, 2021. Through 60 games played with Los Angeles last season, the 18-year veteran averaged 6.2 points and 5.9 rebounds per game.

Even if Dwight Howard was just having fun on Thursday, the 36-year-old might have a bright future in the WWE. And he wouldn’t be the first professional athlete to give it a try.

Dwight Howard was a surprise participant at the WWE Tryout in Nashville today. He told me he legit wants to join the WWE one day. pic.twitter.com/LiUnNqPsdv

Tampa Bay Buccaneers tight end Rob Gronkowski made appearances in the WWE after he retired from the New England Patriots in 2019.

At WrestleMania 36, Gronk became a 24/7 champion after pinning Mojo Rawley. If the four-time super bowl champion can pull it off, so will Howard.

More news stories related to Dwight Howard or the Lakers are on the main page.