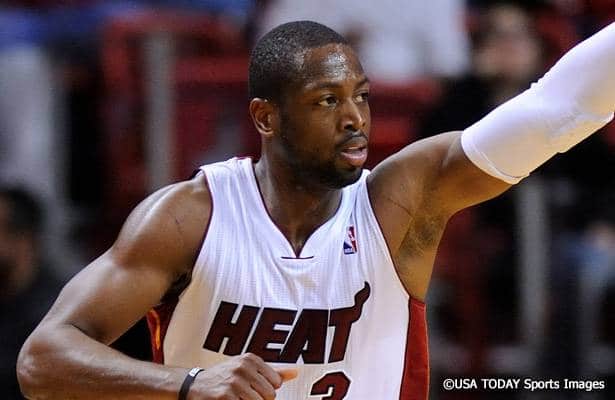 With Dwyane Wade in position to opt out of his Miami Heat contract for the second consecutive summer and third time in eight years, the All-Star guard’s agent made it clear Thursday that the latest round of negotiations might not be a slam dunk.

Now, with (LeBron) James playing for a championship in Cleveland, it appears Wade might be seeking the type of significant deal he did not secure last summer. Dwyane Wade on season: “There’s no excuse”

“Several guys opted out of their contract last year,” (Wade’s Agent Henry) Thomas said. “Obviously Dwyane wasn’t in a position that Chris (Bosh) was in, in terms of having another team offer a maximum deal. But the reality of this is he’s played his entire career for Miami. He’s done wonderful things in terms of the five titles that they played for, winning three of them.

“He’s had a tremendous career, and we’re just trying to see whether or not there’s room to continue that.”

via  Ira Winderman of the Sun Sentinel