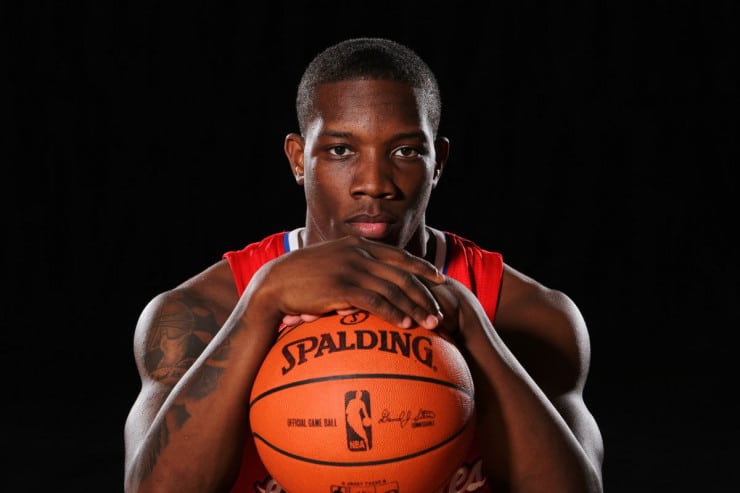 All eyes in the basketball world were on Los Angeles this summer after the Lakers made the blockbuster deal to acquire All-Star point guard Russell Westbrook. With apologies to the former MVP, it is the other point guard addition in LA that is rather intriguing.

Ten days after the Westbrook deal went down, the Clippers acquired a familiar face in Eric Bledsoe. The veteran point guard began his professional career with the Clippers more than a decade ago and has played for three different teams since his three-year stint with the Clippers ended.

When LA traded Bledsoe to the Phoenix Suns in 2013, his career really took off. He signed a multi-year contract with Phoenix and spent the next four seasons putting up incredible stat lines. The individual success was there as he entered the prime of his career, but the team was not winning. Ultimately, he had enough of the losing.

"I think this will be one of his better years in the league."@steve21smith talks Eric Bledsoe's role on the Clippers. pic.twitter.com/Ka15frfzNk

Ironically enough, two of his previous teams met in the NBA Finals last season. Now he is back on a championship contender, but this situation is much different. In fact, the name on the front of the jersey still says “Clippers” but that is about the only thing that hasn’t changed since he last played for the organization.

The biggest change is obviously Steve Ballmer taking ownership of the team and cleaning up the franchise. Tyronn Lue is the head coach and they will soon have their very own arena to play in.

The Clippers finished 32-50 in Bledsoe’s rookie year, with Vinny Del Negro slowly turning the team around. Bledsoe and Blake Griffin entered as rookies together and were thought to be the faces of the franchise going forward. Chris Paul entered the picture the following year and Bledsoe saw his playing time cut in half. He appeared in 41 games during his second season, playing just 11.6 minutes per game.

Looking at the point guard situation in LA now, Bledsoe has another opportunity to learn. When Reggie Jackson joined the team last season, he was in a very similar spot that Bledsoe finds himself in now. Jackson was waived by the Detroit Pistons, which enabled him to sign with the Clippers. Just when it looked as though his career was about to come to a dead-end, he became a valuable addition to the roster.

Jackson performed brilliantly during their playoff run and was awarded with a new multi-year contract with the team this summer. Now Bledsoe is hoping to follow a similar path as he works to get his career back on track.

Eric Bledsoe makes his return to the Clippers. Started as a rookie, now a veteran. pic.twitter.com/a8lTVINCAt

The Clippers are clearly a title-contender but that comes with an asterisk. Kawhi Leonard is likely to miss most of this season as he recovers from his knee injury suffered in the playoffs this past year. His absence looms large, and it will take a group effort from everyone on the roster to keep them in contention this season.

Paul George is the obvious go-to guy for this team now, and LA has an abundance of talent on the roster that all have well-defined roles. Although Jackson has cemented his place as the starting point guard for this team, Lue believes that Bledsoe can play alongside him.

“He is gonna be a big boost for us,” Lue said of Bledsoe, who averaged 12.2 points per game last season. “I think he’ll be able to push that pace and push that tempo, and get guys easy shots. That’s what we have to do in transition.” Bledsoe echoed those comments and made it known that he is a different player now.

“Just help the team out the best way I can,” Bledsoe said. “Whether guarding the best player one night, spot-up next night, get downhill, whatever the case is, cheering my teammates on. So whatever the case may be, that’s what I’m going to do.” Lue understands the situation Bledsoe is in, having played for seven teams himself during his NBA career.

Jackson welcomes Bledsoe with open arms, as does the rest of the veteran Clippers roster. Without Leonard in the lineup, Bledsoe will be needed to put pressure on the opposing defense and to attack the paint. He isn’t at the level of Patrick Beverley but he is aggressive on defense. His mid-range shooting will also be something the Clippers could use without Leonard operating in that area.

Ty Lue says he plans to have either Reggie Jackson or Eric Bledsoe on the court at all times. Even if they start, the plan will be to stagger them.#Clippers

Last year during the regular season, the Clippers were 12.3 points per 100 possessions better with Leonard on the floor (+12.2) than they were with him out (-0.1). That was the third biggest differential among 233 players who played at least 1,000 minutes for a single team.

George will play a larger role this season, but it will take more than just him playing at an MVP-caliber level in order for this team to have success. They have some raw young talent in rookie Keon Johnson, and breakout candidate Terance Mann. This is still a team led by veterans like George, Serge Ibaka, Marcus Morris, and Nicolas Batum but they will need young legs over the course of the grueling 82-game season.

One area where Bledsoe will need to improve is his shooting from behind the arc. He is a career 33 percent shooter from deep and shot 42 percent from the floor overall last season in the 71 games he played. The Clippers were the top-ranked three-point shooting team in the league last season, hitting more than 41 percent of their attempts. Los Angeles also led the league in free-throw shooting as a team, another area where Bledsoe struggled last season, shooting just 69 percent from the line.

This role that Bledsoe finds himself in now should alleviate any pressure on him. He is no longer going to be looked at as the engine of the offense or asked to do too much of anything. Each night could be something different that the team needs from him, and Lue has already had those discussions with him.

Leaning on Jackson for advice and experience in certain situations could prove to be fruitful for the former Kentucky product. This is more than just a second stint with the franchise, this is a second chance to revive his basketball career.

The Clippers are confident that there could very well be a case of deja vu at the point guard spot again this year. If they can get solid production from their 18th overall pick from 11 years ago, it would go a long way towards where the team hopes to be once the playoffs roll around.