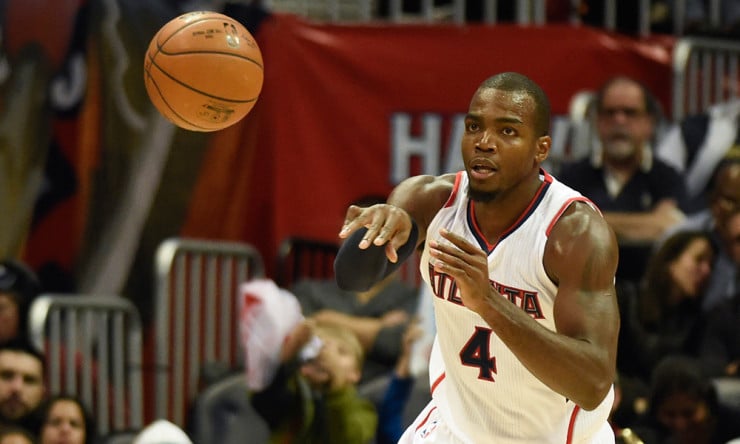 The Atlanta Hawks are riding high and, taking their 2-0 series lead over the Brooklyn Nets on the road, potentially eyeing a sweep. But unlike the Hawks’ regular season series sweep over the Nets (by an average of 17 points per game) Brooklyn has proved to be a pesky foe in the playoffs, more than willing to fight back and make things interesting.

Heading into Game 3, the Hawks have to feel much better about the state of their All-Star frontcourt. All-Star forward Paul Millsap was coming off an uninspiring performance in the series opener, where he registered just six points, and All-Star center Al Horford suffered a dislocated right pinky that left his status for Game 2 up in the air hours before tip.

Horford and Millsap both played in Game 2. In fact, Millsap responded by leading the team in scoring with 19 points, while Horford posted 14 points, 13 rebounds and seven assists to dominate Brooklyn’s frontline. The Hawks also took much better care of the basketball in their second victory.

In Game 1, Hawks point guards Jeff Teague and Dennis Schroder combined to commit eight turnovers. In Game 2, the Hawks only turned the ball over eight times – total. All-Star guard Kyle Korver has been hot to start the series and heads to Brooklyn averaging 19 points per game.

The Brooklyn Nets head back to the drawing board, down 0-2 in their first round matchup versus the Atlanta Hawks. The good news: the Nets are headed home for the next two contests with at least a puncher’s chance to protect their home court. The bad news: Brooklyn hasn’t been able to crack the Hawks’ code, having now been defeated in the past six meetings versus Atlanta (including the regular season).

But there are some positives working for Brooklyn.

The Nets are handily winning the rebounding battle versus the undersized Hawks. Secondly, former All-Star center Brook Lopez has been able to have his way on the interior versus Atlanta, rollicking to an average of 18.5 points and 10.5 rebounds through two games.

However, the Nets still need to get a couple of their guys going rolling in order for the team to legitimately have a shot in Game 3. Former All-Star guard Deron Williams posted a pedestrian two points in Game 2 while shooting a paltry 14 percent from the floor. This must change. Williams’ backcourt mate Bojan Bogdanovic scored only eight points in 34 minutes of action. Former Atlanta Hawk Joe Johnson also needs to get it going moving forward. Johnson is averaging 18 points and 7.5 rebounds in the series, but is shooting far south of 50 percent in the series.

If the Brooklyn Nets are going to pull out a victory at home, and avoid the series sweep, then Game 3 might be their biggest chance. However, Atlanta has skillfully weathered the Nets’ late-game runs with precision. Expect the Hawks to navigate an early barrage from Brooklyn, but ultimately secure the victory.