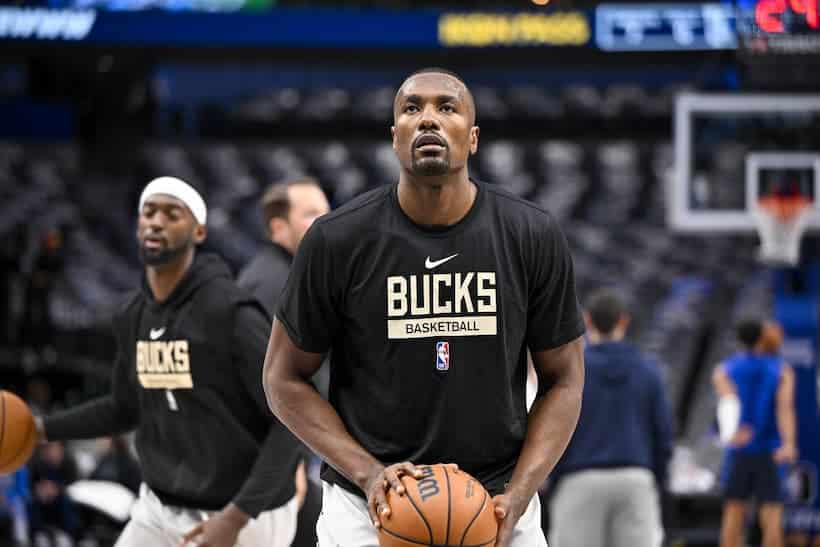 The Milwaukee Bucks have had their struggles throughout the season so far, but they are still waiting to have their full complement of players. A 29-17 record puts the Bucks at third in the Eastern Conference and are one-game back from second. NBA insider Shams Charania reported that Milwaukee and Serge Ibaka have mutually agreed to find the veteran a new home. That’s why multiple teas have interest in adding Ibaka before the trade deadline.

Ibaka has appeared in just 16 of the Bucks’ 46 games so far this season. He’s fallen out of the rotation and knows he could be providing a lot more to another franchise. The big man hasn’t had an effective season since 202-21 with the LA Clippers. Luckily for Ibaka, he seems to have multiple teams that would be eager to sign him for the rest of the season.

NBA betting sites have the Bucks at (+750) to win the Finals this season.

The Milwaukee Bucks and center Serge Ibaka have mutually agreed to find the 14-year NBA veteran a new home via trade as he remains away from the team, sources tell @TheAthletic @Stadium.

Serge Ibaka could be finding a new home very soon

According to NBA executives, multiple teams including the Brooklyn Nets, Atlanta Hawks, and Miami Heat have all had reported interest in Ibaka. The consensus around the league is the the Bucks would be willing to let him go for a second-round pick. He hasn’t played since 1/1 and is currently away from the team trying to make a new deal happen.

The Brooklyn Nets are an intriguing place for Ibaka to land as he’s got chemistry with Kevin Durant in their playing time together with the Thunder. Brooklyn has been searching for a veteran front court player who can come off the bench and be effective for the team. Ibaka could certainly answer that need.

Miami could move on from backup center Dwayne Dedmon and Ibaka could be a low-cost alternative while still upgrading the roster. Dedmon’s playing time has also been reduced for the Heat this season and he became trade eligible on 1/15. For Atlanta, Clint Capela has been limited to 31 games this season with a lingering calf injury and Ibaka could be an insurance player for due to Capela’s injury woes. It will be interesting to see where Ibaka lands.