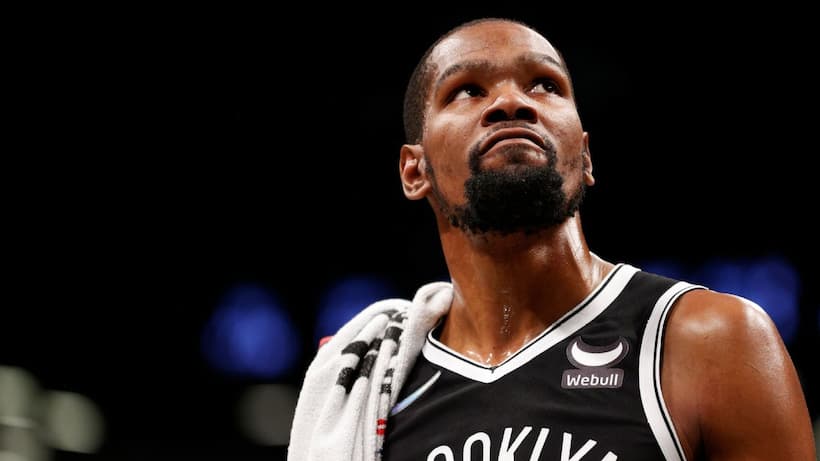 Just last week Kyrie Irving said to the media that the Nets were not going to struggle like they did last season without Kevin Durant. It hasn’t played out as he said it would so far and Brooklyn have lost four straight since Durant went down with an MCL injury vs Miami on 1/8. Durant is one of, if not the best pure scorers in the league right now and it’s not shocking why the Nets are struggling. We’ve got stats to prove just how much of an impact KD means to Brooklyn’s success.

The Nets are simply trying to do whatever they can to weather the storm while Durant is out and four straight losses are not what they intended. Multiple players on the Nets need to make an impact each night to replace the 30 points per game that Durant was proving to the team each night.

If all goes well, a return sometime before the all-star break would seem to fit the timeline for Durant’s injury. New York Sports Betting sites have the Nets at (+800) to win the Finals this season.

“The Nets are gonna be hopeful that he’s gonna be able to make it back sooner rather than later…”@ShamsCharania on Kevin Durant’s knee injury#RunItBack | https://t.co/Q9hUtUoPZJ pic.twitter.com/drUFCq8v53

It’s a daunting task each game for the Nets to try and replace the 30/7/5 that Durant brings to the Nets each game. Durant being on the floor does the little things that can help a team win like how he spaces the floor. No team wants to let KD take easy shot so a lot of the time he’ll have two defenders near him. That leaves his teammates open for quality shots and the Nets had some real success before he went down.

Brooklyn went on a 18-2 stretch and were playing some exciting and efficient basketball. The Nets also enjoyed a season-high 12-game win streak and set a franchise record for their winningest-month this past December going 11-1. However, the stats the past few seasons when Durant plays are not great at all.

Battled to the buzzer. pic.twitter.com/DaEIAFq6WM

The Nets had their best game yet without Durant last night when they played the Phoenix Suns, but were not able t pull out a win in the fourth. As a team, the Nets are averaging 113.5 points per game this season and only 104.0 in their last three games. Durant could certainly bring those numbers up for sure. Brooklyn are currently on a five-game road trip and their next game is tomorrow at 9:00pm vs Utah Jazz.