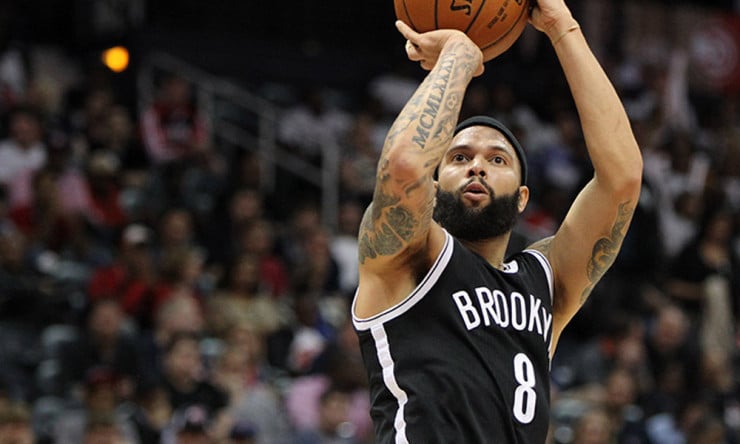 In many ways, the Atlanta Hawks’ season has been defined by defying expectations. Prior to the start of the campaign, many believed the Hawks would be your typical run of the mill, mediocre .500 team. Some even believed the team wouldn’t reach the playoffs at all. The Hawks won 60 games, secured the East’s top seed, had four players named to the All-Star game and boasts the current Coach of the Year. Heading into the playoffs, many predicted Atlanta was a safe bet to reach the Eastern Conference Finals – at the very least.

The Hawks are now in a dogfight with the eighth seeded Brooklyn Nets as the team heads back to Atlanta with the series knotted at two games apiece.

Atlanta dropped both games in Brooklyn as a combination of injuries, inconsistency and a lack of sustained discipline have the Nets feeling rejuvenated and brimming with confidence.

There were some positive takeaways for Atlanta from the Game 4 loss. It marked the first time in the first round series the Hawks outrebounded the Nets (55-40). Shooting guard Kyle Korver pulled down 11 rebounds and all but one Atlanta player who played (Dennis Schroder), pulled down at least four rebounds.

But on the flip side, Hawks point guards Jeff Teague and Schroder combined to commit nine turnovers. In comparison, the Nets committed just nine turnovers as a team.

With the pivotal Game 5 set for Wednesday, Atlanta will need to make a stronger effort in protecting the ball, controlling the tempo, continuing their “all-in” rebounding philosophy and limiting Brooklyn’s points in the paint.

Traveling back to Brooklyn, the Nets appeared to be on the ropes and in serious trouble. The team faced a 0-2 series deficit, were enduring inconsistent production from their stars and the team’s bench was virtually non-existent.

However, the Nets are headed back to Atlanta with the series tied 2-2 and riding the wave of momentum as the pressure shifts toward to the top seeded Hawks.

Despite being outrebounded as a team in Game 4, Brooklyn received a combined 61 points from former All-Stars Deron Williams (35) and Brook Lopez (26). Williams came into Game 4 averaging just six points and five rebounds for the series before erupting for 35 points, seven rebounds and five assists.

Defensively, Brooklyn jumped on Atlanta from the beginning of Game 4, forcing 16 turnovers, while only committing nine as a team and overcoming a double-digit second half deficit.

Former Hawk Joe Johnson is averaging 17.3 points in the series, but shooting a woeful 33 percent from the floor. With Williams experiencing a breakthrough in Game 4, it’s just a matter of time before Johnson shakes the cobwebs. The play of Lopez also shouldn’t be ignored as the seven-footer has thoroughly outplayed his All-Star counterpart Al Horford by averaging 21.3 points, 11 rebounds and 2.3 blocks in the series. Veteran forward Thaddeus Young has also held his own versus Hawks All-Star Paul Millsap on the interior.

The Atlanta Hawks have been downright inconsistent and lackadaisical for the majority of the first round. Brooklyn, on the other hand, has managed to weather storm while Deron Williams rounded into form, control the tempo and dominate the paint versus the smaller Hawks.

Riding high on momentum, and with the pressure now on the Hawks headed back to Atlanta, expect the Nets to sneak away with a victory in Game 5.