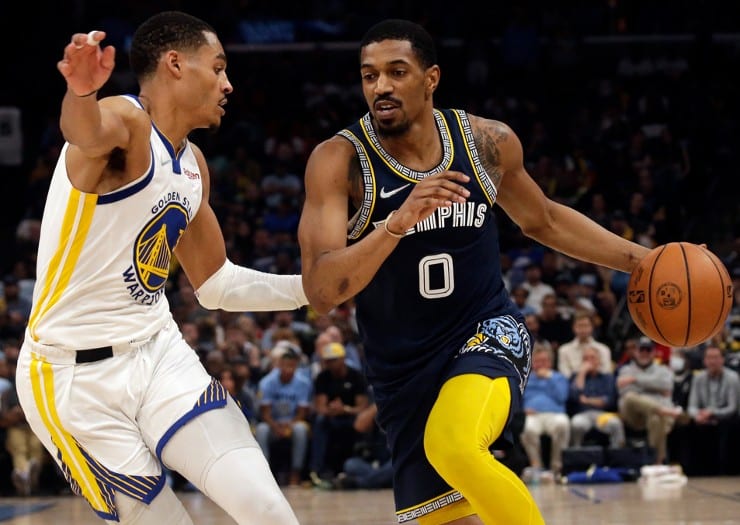 During the 2022 NBA Draft, the Grizzlies traded De’Anthony Melton to the 76ers, and they also traded up with the Timberwolves to land Jake LaRavia. Of course, Memphis also received the No. 23 pick of the 2022 NBA Draft, David Roddy, and Danny Green after the 76ers acquired Melton. In 2018, 76ers president Daryl Morey drafted Melton while he was managing the Rockets. But he was then traded to the Suns.

Additionally, when the Grizzlies traded up for No. 19 pick Jake LaRavia, No. 22 pick Walker Kessler and the No. 29 pick were sent to the Timberwolves. LaRavia is 6’9″ and weighs 228 lbs. The 20-year-old guard played two seasons at Indiana State and one season at Wake Forest. In his junior year, LaRavia averaged 14.6 points, 6.6 rebounds and 3.7 assists per game in 33 games played with Wake Forest.

Furthermore, Jake LaRavia finished his junior season with a total of 55 steals, averaging 1.7 per game and ranking sixth in the ACC. In 2022, the forward was selected second-team All-ACC. On Jan. 22, in Wake Forest’s 98-76 win over North Carolina, he ended his performance with a career-high 31 points, 10 rebounds and 4.0 assists.

Meanwhile, the Grizzlies are in good hands with David Roddy. In three seasons at Colorado State, the 6’5″ guard averaged 15.5 points, 7.4 rebounds and 2.4 assists per game. His average field goal shooting percentage was 52.2%. Though, his junior year was statistically his best season in the NCAA. Grizzlies head coach Taylor Jenkins will find a way to work the 21-year-old into their offensive schemes.

Danny Green could serve as a mentor in Memphis

Danny Green was another notable addition. In the 2021-22 regular season, Green averaged 5.9 points, 2.5 rebounds and 1.0 assist per game in 62 games played. On Aug. 7, 2021, he signed a two-year, $20 million contract with the 76ers. While his offensive performances have declined these past couple of seasons, he’s still a great defender. He averaged at least one block per game last season.