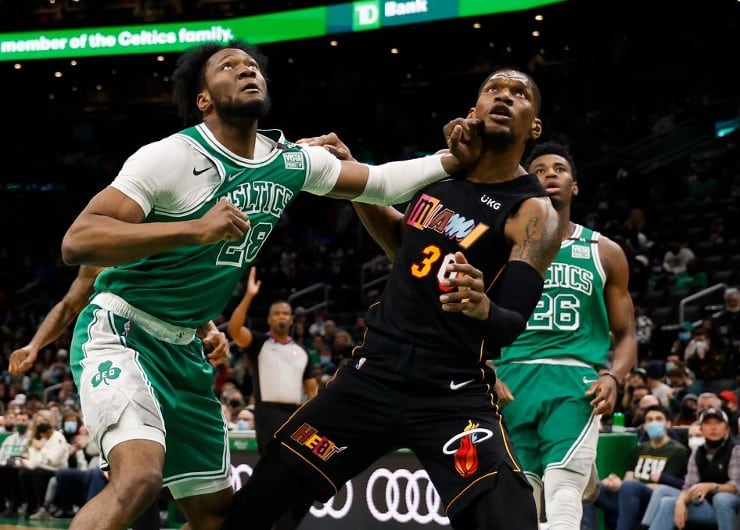 The Atlanta Hawks have signed forward Chris Silva to an Exhibit 10 contract. Silva went undrafted out of South Carolina in 2019.

On July 11, 2019, the 6’8″ forward signed an Exhibit 10 contract with the Miami Heat. Three months later, he signed a two-way contract with Miami.

Then, his deal was converted into a standard contract on January 15, 2020.

Additionally, the Heat traded Silva and Maurice Harkless to the Sacramento Kings for Nemanja Bjelica on March 21. He appeared in just four games with Sacramento. The forward was then waived by the Kings a month later.

On September 20, Silva signed a contract with the Minnesota Timberwolves. Of course, he was then waived by the team on Oct. 15.

Two months later, he signed a 10-day contract with Minnesota. But the forward only appeared in one game.

In the Wolves’ 105-103 loss to the Fort Wayne Mad Ants on Dec. 10, Silva ended his performance with a career-high 32 points. He amassed 18 rebounds too. He definitely has potential to make it on the Hawks.

Over the next five weeks from December 2021 to January 2022, Silva signed four 10-day contracts with the Heat.

In nine games off the bench with Miami last season, the forward averaged 2.9 points and 3.9 rebounds per game. Plus, he averaged 53.3% shooting from the floor.

At the end of his junior 2017-18 season, Chris Silva was selected to the SEC All-Defensive Team. And the forward won SEC Co-Defensive Player of the Year.

In Silva’s senior 2018-19 season, he was selected to the All-SEC First Team and SEC All-Defensive Team. He averaged a career-high 15.2 points per game during his final college season.

If the soon-to-be 26-year-old plays well in the G League next season, he will benefit the Hawks’ frontcourt in the coming future.