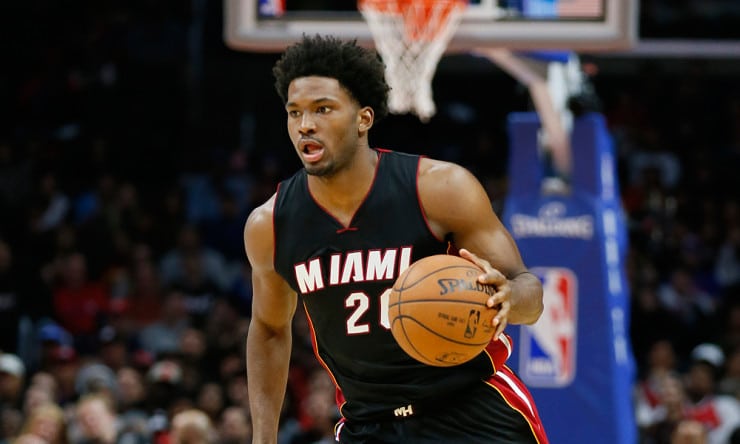 The Miami HEAT announced today that they have exercised their fourth-year team option on Justise Winslow. Per club policy, terms of the deal were not disclosed.

Winslow, who was originally selected by the HEAT in the first round (10th overall) in the 2015 NBA Draft, has appeared in 96 career games (23 starts) with Miami averaging 7.3 points, 5.2 rebounds, 1.9 assists and 29.8 minutes while shooting 40 percent from the field. He was one of eight HEAT players to average double-figures in points (10.9) last season, marking the most for any team in the NBA. The former NBA All-Rookie Second Team selection appeared in 78 games in 2015-16, becoming just the fifth rookie to lead the HEAT in games played during a single-season. The former NCAA champion at Duke paired with Josh Richardson to become just the fourth set of Miami rookies to connect on at least 25 three-point field goals (32) and block at least 25 shots (26) during their rookie seasons. Additionally, Winslow was the third-youngest player in the league to start on Opening Night during the 2015-16 season at just 20 years, 216 days.