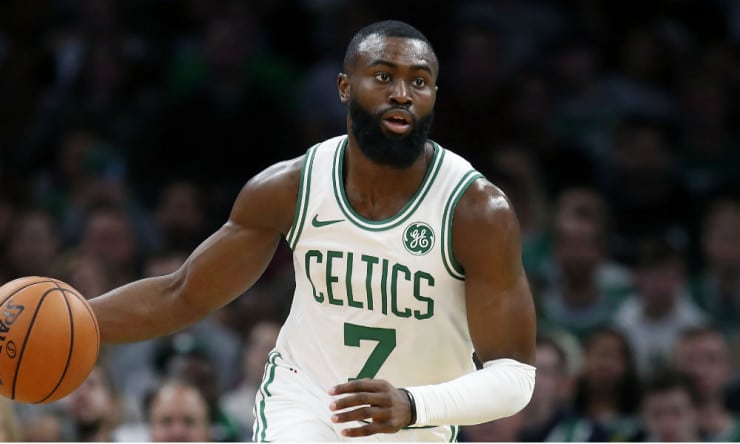 The Boston Celtics are 19-5 right now and have been taking the league by storm. Minus a few slip ups, Boston has been nearly unbeatable. Jayson Tatum is the face of the franchise for the Celtics and he’s in the top of the MVP conversation right now for how he’s been leading his team. His counterpart is all-star SG Jaylen Brown. He sometimes get’s overshadowed by Tatum, but it’s easy to see that Brown is having another stellar year for Boston.

Brown is off to his best start yet as a pro, averaging a career-high (27.0) point per game and 51 percent shooting from the field. If he keeps this type of play up for the rest of this season he could absolutely make an All-NBA team. Doing that he’d set himself up to potentially influence his next contract and earn himself more money.

NBA betting sites have the Celtics as the favorites at (+350) to win the Finals this season.

Players with multiple 30/10 games with 5 threes this season:

If he were to make his first All-NBA team, Chris Forsberg of NBC Sports Boston explained how much the Celtics could potentially pay Brown.

“That extension could pay him roughly $290 million over five seasons, depending on where the cap lands for the 2024-25 campaign. With an All-NBA season, Brown could command a first-year salary starting at 35 percent of whatever the cap is that season, with current projections suggesting a $50 million starting salary.” – Chris Forsberg

He then explained why its in the best interest of both parties to get an extension done if Brown does end up getting an All-NBA nod at the end of the season.

“The Celtics would be securing Brown’s services before he could be courted by any rivals. Boston is still positioned to offer Brown more money than any other team in the summer of 2024, regardless of his All-NBA status in each of the next two seasons, but both player and team could get some much-coveted security.” – Chris Forsberg

The duo of Jaylen Brown and Jayson Tatum is a lethal one-two punch for Boston. Both are elite on each end of the floor and seem to get better and better each season.