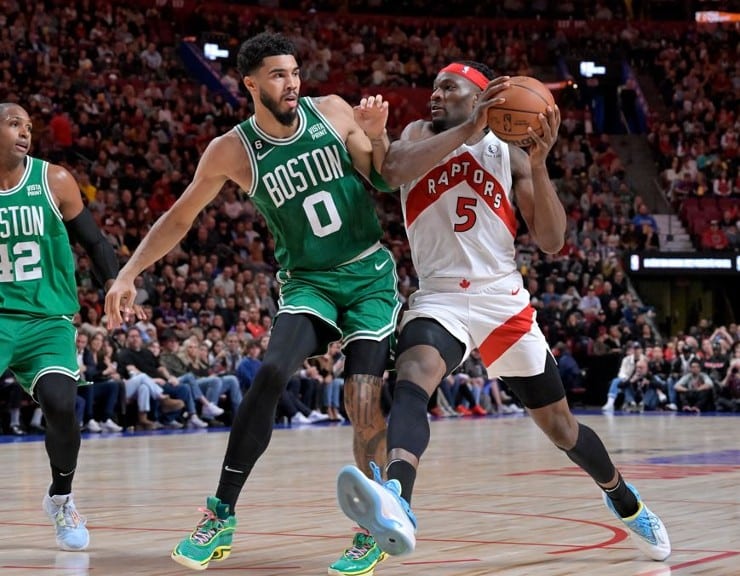 Boston Celtics forward Jayson Tatum trails only Larry Bird for the most 45-point games in franchise history. Bird recorded at least 45 points in 19 games of his 13-year career. Tatum has a total of five.

Per a few NBA betting sites, Jayson Tatum has the second-best odds to win MVP in 2023. Some sportsbooks show Dallas Mavericks guard Luka Doncic as the top favorite to win the award.

Only Larry Bird has more 45-point games as a Celtic. pic.twitter.com/Nji0QiCLJr

On Wednesday night, in the Celtics’ 134-121 win over the Miami Heat at TD Garden, Jayson Tatum scored a season-high 49 points in 43 minutes played. While not quite a career high, it was still one of the wing’s best outings of his NBA career.

Last season, the 24-year-old logged two games during the regular season with at least 45 points. During the second round of the 2022 NBA Playoffs, the forward recorded 46 points in Game 6 of the Celtics’ 108-95 win over the Milwaukee Bucks.

In the 2020-21 season, Tatum finished with 53 points against the Minnesota Timberwolves on April 9th and a career-high 60 points versus the San Antonio Spurs on April 30th.

Bird averaged a franchise career-high 29.9 points with the Celtics in the 1987-88 season. But the three-time MVP also played in a much more difficult era of basketball.