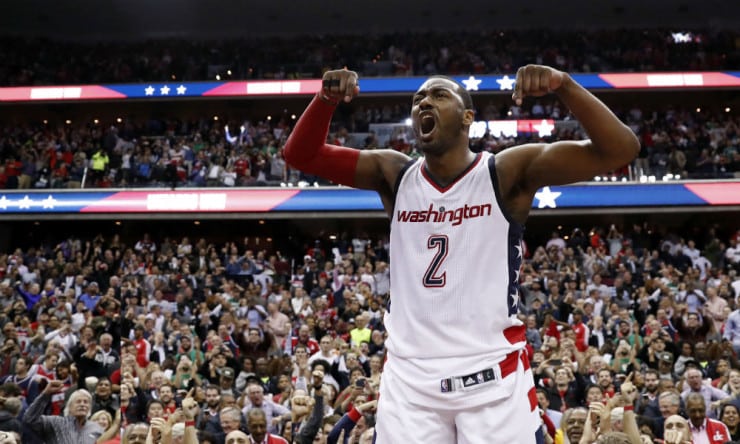 John Wall wants to win a championship, but he doesn’t plan to bounce around the NBA chasing a ring.

After signing a $170 million, four-year extension with the Washington Wizards that keeps him under contract through 2022-23, Wall said he wants to watch two banners rise to the rafters in Washington: one for a title and another with his No. 2 jersey.

“There’s no point in testing free agency if I know where I want to be,” Wall said Friday. “I have the ultimate goal what I want to do here. I know what team I want to play for my whole career.”

Wall turns 27 in September, so he’ll only be 32 when this contract expires or 31 if he opts out in 2022. Backcourt mate Bradley Beal and swingman Otto Porter Jr. are signed to max contracts through 2021, giving the Wizards several seasons to try to win with this core.

Wall said he wants to stay in Washington, but acknowledged he’ll see what happens after this contract. He wants to control where he plays but doesn’t have wanderlust about what else is out there after seven seasons in Washington.

Source: The Associated Press via ESPN