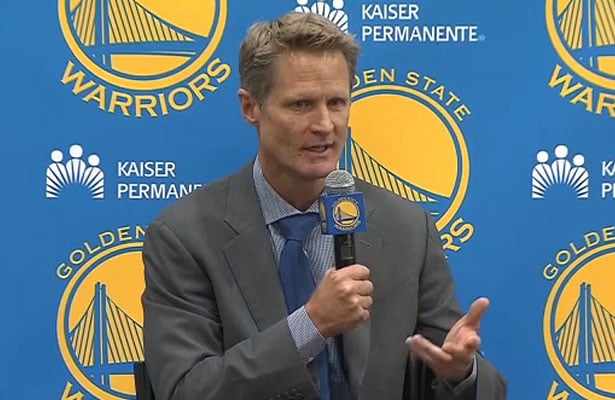 Golden State Warriors coach Steve Kerr said Wednesday that although the NBA champions have not received an invitation to visit the White House, he would urge his players to consider going as a gesture of goodwill.

“I would want to make sure the players gave this really a lot of thought,” Kerr told “The TK Show” podcast. “And everybody knows I’ve been a very outspoken critic of [President Donald] Trump, and as a result, maybe we won’t even get the invitation. But I do think it’s very important to consider a potential invitation because I think it could have really positive ramifications if we did go.”