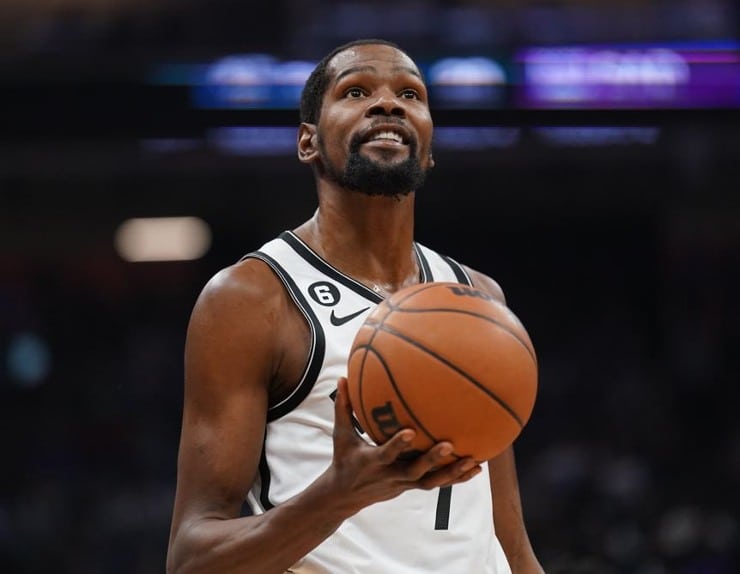 The Brooklyn Nets are having a nice season so far at 19-12. That puts them at second in the Atlantic Division and fourth in the Eastern Conference. Brooklyn’s superstar Kevin Durant has been the Nets leader and offensive mastermind this season. He’s scoring (30.4) points per game this season which is the fifth most of any active player. In a recent report from the Washington Post, Durant revealed that he “hated” seeing the Warriors win the 2022 NBA Finals. However, not for the reason you may think.

Kevin Durant played for the Golden State Warriors from 2016-2019 and won two championships in that time. He also won Finals MVP in the Warriors back-to-back championships in 2017 and 2018. The 2013-14 league MVP was not envious of not winning a championship with the Warriors, but rather for this one reason that he knew fans were going to mention.

NBA betting sites have the Nets at (+1200) to win the Finals this season.

In an interview with the Washington Post, Durant spoke out on why he didn’t appreciate how fans mentioned his name when the Warriors won the title. Some fans even claiming that they did not need Durant on the team to help win the championships in 2017 and 2018.

“I can’t lie: Watching the Finals, I knew so many people would turn their focus on me once they won. I was like, I hate that they won, because y’all not going to make it about them; it’s going to be all about me. I think it’s just a childish way of looking at that experience. I feel like you can take it all in and appreciate what they and not even talk about me. I was just sitting at home. But I get how it is.” – Kevin Durant

Durant was a huge part of the Warriors championship runs in those two seasons and they were cut short of possibly winning a third because of injuries. It probably hurts him to hear that Warriors fans don’t think they needed him to win. Regardless, he’s still going to continue to play at his best and is trying to win a title with the Brooklyn Nets.