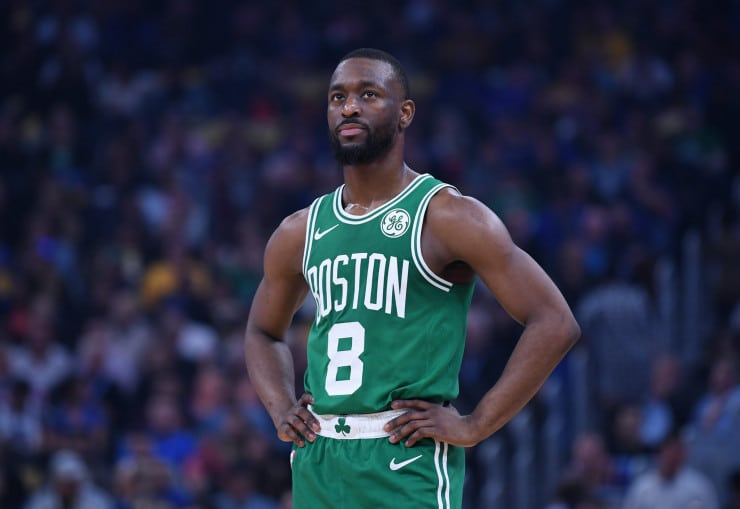 Kemba Walker has agreed to a contract buyout with the Oklahoma City Thunder. After clearing waivers, the four-time All-Star guard is expected to sign with the New York Knicks. Thunder general manager Sam Presti worked together with Walker’s agents on the two years, $74 million remaining on his contract these last few days. The New York native was born in the Bronx, and he later attended Rice High School in Manhattan. After finishing with a record of 41-31 (.569) in the 2020-21 regular season, the Knicks qualified for the playoffs for the first time since 2013.

Last season, the point guard averaged 19.3 points, four rebounds and 4.9 assists per game. He also shot 42 percent from the field. Having said this, numerous Celtics fans would tell anybody the 2011 ninth overall pick struggled to remain healthy. His best years could still be ahead, but this prediction is doubtful, considering the 31-year-old point guard’s lingering left knee injuries. This news about Walker comes a day after the organization re-signed Derrick Rose, Nerlens Noel and Alec Burks. Not to mention, the team signed former Boston Celtics guard Evan Fournier.

Rose signed a three-year, $43 million contract. On February 8, 2021, Rose was traded by the Detroit Pistons to the Knicks for Dennis Smith and a 2021 second-round pick. The 32-year-old point guard earned $7,682,926 this past season. In the 2020-21 NBA season, in 50 games played, the three-time All-Star averaged 14.7 points, 2.6 rebounds and 4.2 assists per game. His field goal shooting percentage was also 47 percent. Center Nerlens Noel signed a three-year, $32 million contract to remain in New York. In 64 games played last season, he averaged 5.1 points, 6.4 rebounds and a field goal percentage of 61.4 percent.

Furthermore, Fournier signed a four-year deal worth up to $78 million. Last season with the Celtics, the shooting guard/small forward averaged 17.1 points, three rebounds and 3.4 assists per game in 42 games played. Walker was an outstanding player with the Charlotte Hornets, having a career-high average of 25.6 points per game in the 2018-19 season. However, his past few knee injuries affected his ability to remain on the court throughout the 2019-20 and 2020-21 seasons on the Celtics.

Before playing in Boston, the point guard had two surgeries in consecutive years in 2015 and 2016 to repair a torn meniscus in his left knee. After the 2020 NBA Finals, the Celtics organization confirmed to the media that Walker received stem cell injections in his left knee, and he was placed on a 12-week rehabilitation program prior to the start of last season. Following the 2020 All-Star Game, he told reporters he needed to have his knee drained. The player’s health is a notable concern for Knicks general manager Scott Perry. Only time will tell if this is a solid signing; Knicks fans are hoping so.