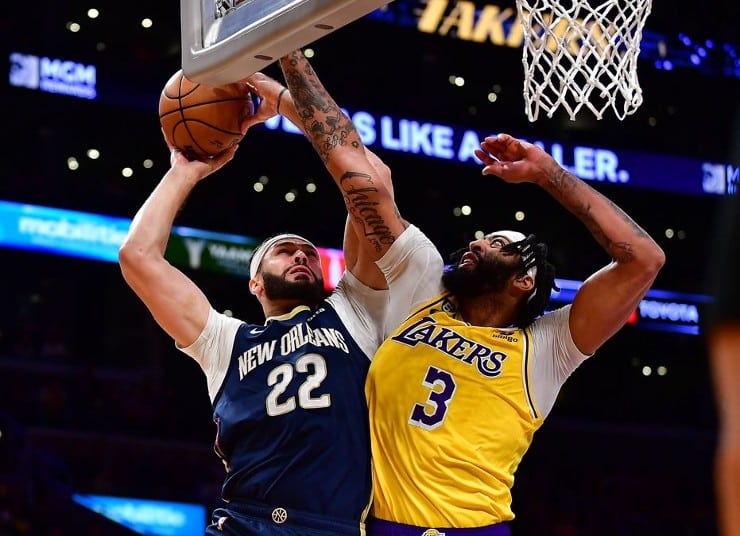 Anthony Davis has his sights set on helping the Los Angeles Lakers win their 18th NBA championship this season. Following the Lakers’ 130-119 win over the Washington Wizards on Sunday, the eight-time All-Star was straightforward.

“To win a championship. That’s it,” replied Davis when asked about his main goal this season. “If your mindset is on winning a championship, the rest will take care of itself. That’s always been my thought. I put the team first over any individual awards or accolades that come with it.”

Per multiple NBA betting sites, the Lakers now possess the 14th-best odds to win the championship in 2023. Check out which sportsbooks show better odds for the Los Angeles Clippers and New Orleans Pelicans.

Anthony Davis: "To win a championship. That's it. If your mindset is on winning a championship, the rest will take care of itself. That's always been my thought. I put the team first over any individual awards or accolades that come with it." pic.twitter.com/qzEBMmlXn5

Davis ended his performance against the Wizards with a season-high 55 points in 38 minutes played. In addition to finishing with 17 rebounds, one assist, and three blocks, the Lakers center shot 22-of-30 (73.3%) from the field and 2-of-3 (66.7%) behind the arc.

Of course, Davis joined Shaquille O’Neal as the only Lakers players to record 40-plus points and at least 10 rebounds in back-to-back games.

Additionally, the 11-year veteran is the first NBA player since Patrick Ewing to finish with 50-plus points, 15-plus boards, and three blocks on 70% shooting in a regular season game.

Since blocks became official in the 1973-74 season, Davis is the first player in franchise history to record a minimum of 40 points, 10 rebounds, and three blocks in two straight games.

“Coming off a huge win in Milwaukee, can’t get complacent, get comfortable,” continued Davis. “Our team is locked in right now. Very focused on both sides of the ball. Overall, we’re just trying to make up ground.”

Since blocks became official in 1973-74, Anthony Davis is the 1st player in Lakers franchise history to record 40+ points, 10+ rebounds, and 3+ blocks in back-to-back games. https://t.co/anmIrkW3j2 pic.twitter.com/vUIHXG5gJd

Also, Davis is the first Lakers player to finish with 40-plus points in consecutive games since Kobe Bryant (2013). It should go without saying that Davis is having one of the best seasons of his career.

However, can Davis stay healthy? In October, the three-time block champ was reportedly playing through a back injury. Although still painful, the center said it was manageable.

If Anthony Davis can stay healthy for most of the season, Los Angeles could make the playoffs this season. The team is now on a three-game win streak. Not to mention, the Lakers are 8-2 in their last 10 games. Now, they are 10-12 and rank 12th in the Western Conference.