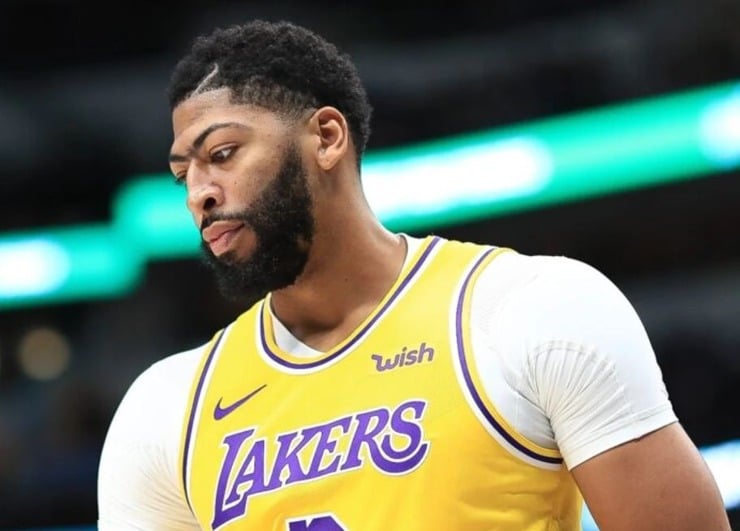 Los Angeles Lakers center Anthony Davis is out indefinitely due to a foot injury. He will be re-evaluated around the two-week mark, according to sources. The eight-time All-Star has been diagnosed with a stress injury in his right foot.

During the first quarter of Los Angeles’ 126-108 win over the Denver Nuggets on Dec. 16, the MVP candidate felt pain in his foot after taking a shot under the basket. Davis was already dealing with lower back stiffness prior to injuring his foot.

Based on a few NBA betting sites, the Lakers possess the 13th-best odds to win the championship in 2023. There are a couple of sportsbooks giving the Denver Nuggets and New Orleans Pelicans better odds.

The Lakers provided an update on Anthony Davis today at noon, saying he will continue to be out for an indefinite period with a “stress injury” in his right foot.He was present for shootaround this morning, wearing slippers on the court. He will miss his 4th straight game tonight pic.twitter.com/6q2ZLXUjv0

According to ESPN’s Adrian Wojnarowski, the 2020 NBA champ could return as early as January. The team will let Davis rest for the next seven to 10 days. It is unknown at this time whether or not the center’s injury will require surgery.

Lakers center Anthony Davis is out indefinitely due to a stress injury in his right foot, could return in January

On Friday, the team announced that there is no set timetable for the 11-year veteran’s return. Davis will remain out indefinitely for at least the remainder of the year.

After extensive consultation with Lakers team physicians and outside specialists, it has been determined that Anthony Davis has a stress injury in his right foot. Davis will be out indefinitely. Further updates will be provided when appropriate.

Thirty-one games into the season, the Lakers are 13-18 and rank 13th in the Western Conference standings. With Davis, Los Angeles is still not a playoff contender this season. Without the Kentucky product, this team is one of the worst in the league.

Although the Lakers are averaging 115.3 points per game, ranking ninth overall, they’re also allowing 117.3 points per contest, which sits at the 26th spot on the list. Not to mention, their opponents are shooting almost 47% from the floor against them.