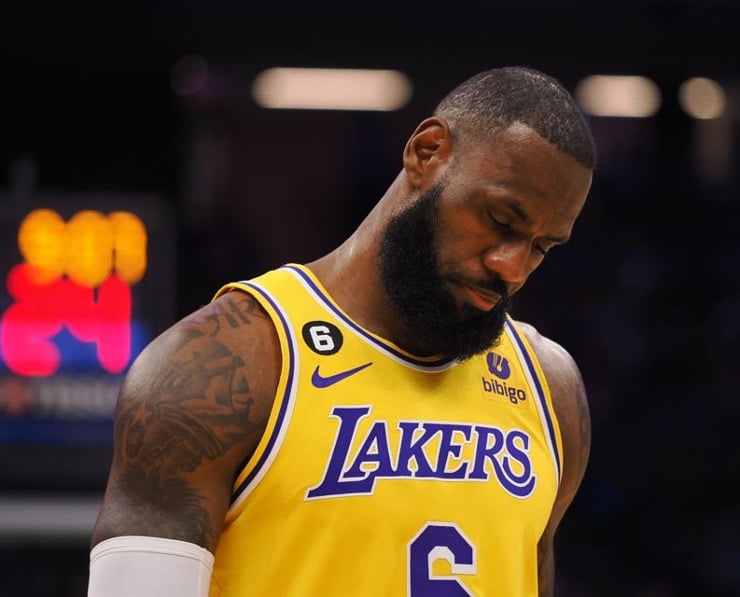 LeBron James missed the Los Angeles Lakers’ Monday night matchup against the Utah Jazz due to a foot injury. It was his first game he sat out this season.

Now, the four-time MVP plans to play through his injury. Per Jovan Buha of The Athletic, LeBron said that rest is the only thing that can help his left foot soreness, but the Lakers star feels he has to participate tonight.

A few NBA betting sites are giving the Lakers the 17th-best odds to win the championship in 2023. Check out which sportsbooks are showing higher odds for the New Orleans Pelicans and Minnesota Timberwolves.

LeBron James said that rest is the only thing that can help his left foot soreness but he’s not going to sit out for an extended period of time. He said he’s going to play tonight against the Clippers. His status for back-to-backs will be determined based on how he’s feeling.

Considering the Lakers are off to a 2-8 start this season, maybe LeBron should play. On Wednesday morning, the 20-year veteran was also asked about his underwhelming performances this season.

“C’mon man,” replied James. “I’m turning 38 in almost two months, basically two months. And when you know who you are, to be honest, if you really, truly caring about what people say, that doesn’t matter.”

To the untrained eye, the four-time NBA champ’s stats appear decent. However, the forward’s player efficiency rating (PER) and true shooting percentage this season are his lowest recordings since he was a rookie.

James’ true shooting percentage this season is 50.6%. The Lakers forward has made 88 of 197 attempts from the floor and 13 of 62 shots from downtown.

LeBron on the Lakers' early struggles: "We’ve got a bunch of guys that’s playing that didn’t play last year. That’s in the rotation, that’s, like, playing heavy minutes that didn’t play at all – no matter of if it was here or with their respective teams. … So it’s learning." pic.twitter.com/6ppuC52lQ7

Based on the available measurements, out of 106 players who’ve attempted to drive the ball down the lane at least 50 times this season, LeBron ranks 90th in points per drive.

The Lakers face off against the Los Angeles Clippers tonight at 10 p.m. ET. For those interested in watching, this matchup will air live on ESPN. Moreover, Davis and Walker IV are game-time decisions for L.A.