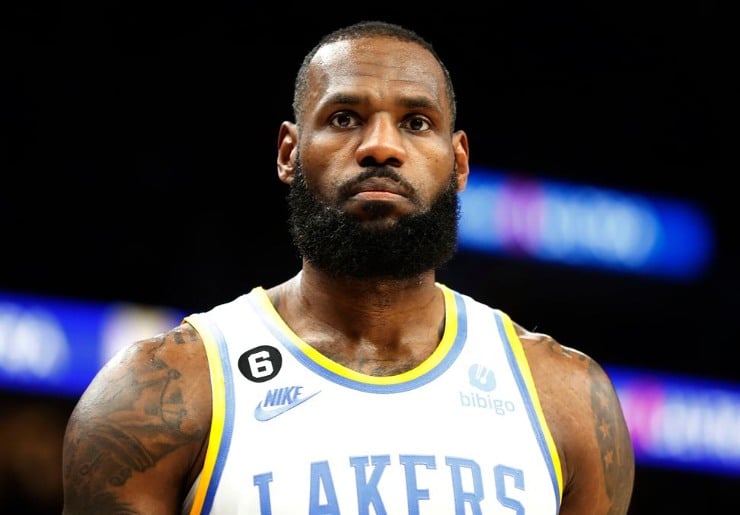 Los Angeles Lakers forward LeBron James will miss his first game of the 2022-23 season. Due to left foot soreness, the four-time MVP has been ruled out for Monday night’s matchup against the Utah Jazz.

Some NBA betting sites are now giving the Lakers the 17th-best odds to win the championship in 2023. Because of injuries, lack of team chemistry, and several losses, a few sportsbooks continue to drop their odds.

LeBron James is OUT tonight vs. the Jazz pic.twitter.com/4fCq5Yjxzg

While Russell Westbrook is improving off the bench with the Lakers, the nine-time All-Star can only do so much to help an injury-riddled team.

Of course, James sank a 3-pointer in the fourth quarter, ending his skid of 16 straight missed 3-point attempts over the course of four games.

The Lakers led 36-30 at the end of the first quarter for the first time this season. Though, replacing Patrick Beverley as a starter due to his illness, Kendrick Nunn played 18 scoreless minutes.

Westbrook ended his outing with 19 points, 3 boards, and 10 assists in 32 minutes played. Following the loss, the guard mentioned to reporters, “We just didn’t come out ready [in the second half]. We were playing catch-up.”

Furthermore, LeBron criticized the officials after the loss. “Last game I got bumped, knocked off the path a few times and at halftime, the refs came to me and told me they missed it,” said the 20-year veteran. “That’s kind been what they’ve been telling me over the last couple of years that they just missed it.”

The Lakers are now 2-7 to start the 2022-23 season. They rank 14th overall in the Western Conference standings. Sportsbooks all across the board are lacking confidence in L.A. qualifying for the playoffs this season.