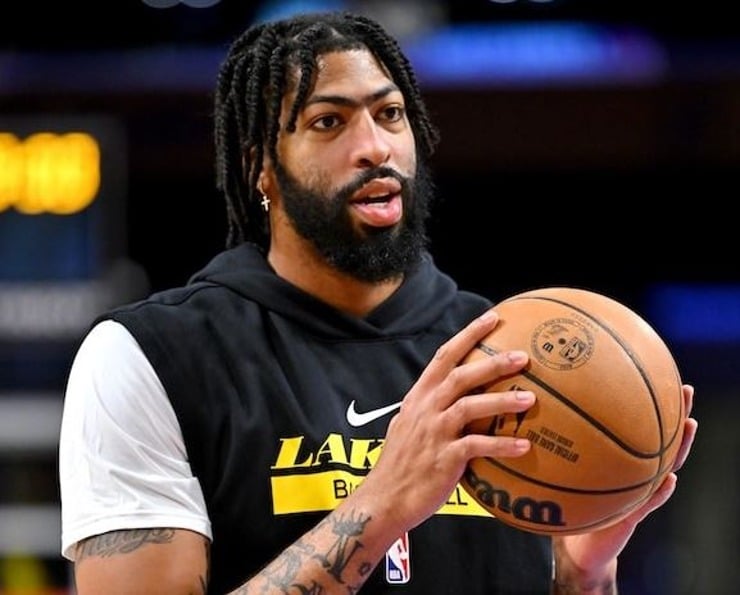 Los Angeles Lakers center Anthony Davis suffered a stress reaction in his right foot in a 126-108 win over the Denver Nuggets on Dec. 16. Davis was diagnosed with a bone spur, which then fractured off the navicular, where there is also a stress reaction.

Therefore, the 2020 NBA champ is working to overcome two separate injuries. This does not include back spasms. On Friday, the eight-time All-Star provided an update on his right foot injuries. “Feeling a lot better. The pain has subsided tremendously,” Davis said.

Per multiple NBA betting sites, the Lakers have the 13th-best odds to win the championship in 2023. Check out which sportsbooks are showing greater odds for the New Orleans Pelicans and Denver Nuggets.

Anthony Davis told a small group of us reporters he has a bone spur in his foot that could have been there as far back as his Kentucky days. He also has a stress reaction. The good news is, there’s already been healing on the stress reaction and he is hopeful about the recovery https://t.co/wOT0q9gXym

Prior to his right foot injuries, the four-time All-NBA member was recording MVP numbers. Through 25 starts this season, Davis is averaging 27.4 points and a career-high 12.1 rebounds per game.

Also, the 11-year veteran is logging 1.3 steals and 2.1 blocks per contest while shooting a career-best 59.4% from the field. He is posting a career-high true shooting percentage of 66.2% as well.

So I listened to the Anthony Davis interview

Thirty-five games into the 2022-23 season, the Lakers are 14-21 and rank 13th in the Western Conference standings. LeBron James and the rest of the starters lack aggressiveness in the paint for better rim protection.

Los Angeles needs the 29-year-old to return as soon as possible. According to the injury report, Anthony Davis remains out indefinitely. There is no set timetable for his return.

Moreover, the struggling team ranks eighth in scoring, averaging 115.6 points per game. However, the Lakers rank 18th in offensive efficiency (1.092). Plus, Los Angeles is allowing a whopping 117.6 points per contest, which ranks 27th in the league.