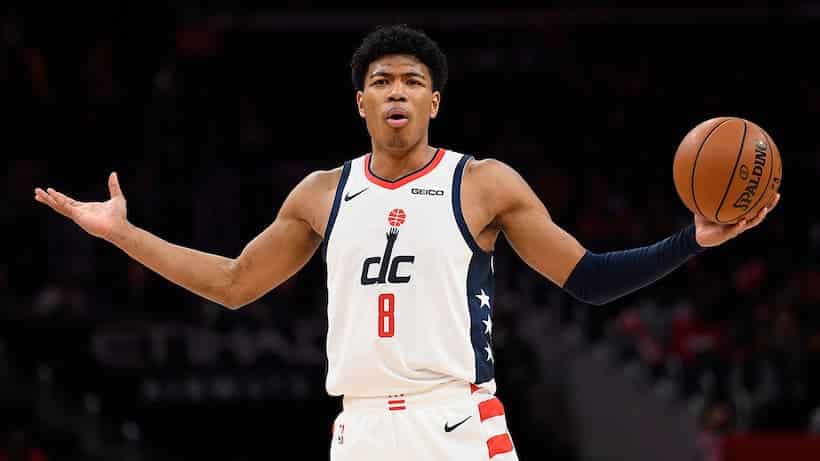 The LA Lakers are 22-25 this season and that is 13th in the Western Conference right now. LeBron James has been trying to keep the team a float while Anthony Davis’ return is nearing. With the trade deadline approaching on 2/9, the Lakers went out and made the first real trade of the season. When Davis does return, LA has the potential to run a bigger lineup with Lebron, Hachimura, and AD all on the court together.

With the Lakers already saying they have intentions of signing him to a contract extension this summer, that indicates that they see him as a big piece of their future. Trading Hachimura would also give the assumption that the Wizards have plans to sign Kyle Kuzma to an extension this summer.

California Sports Betting sites have the Lakers at (+2200) to win the Finals this season.

Rui Hachimura is headed to the Lakers, Kendrick Nunn and picks headed to Washington

In exchange for trading Hachimura to the Lakers, the Wizards are receiving Kendrick Nunn, Chicago’s 2023 second-round pick, the Lakers 2029 second-rounder, and a less favorable Wizards/Lakers 2028 second-round pick. Just a few days ago speaking with the media after a game, Hachimura had this to say about where he wants to be right now.

It seemed as if Hachimura was a big part of Washington’s future moving forward. At least until Kyle Kuzma got there. The ninth overall pick in the 2019 NBA draft started every game he played in his first two seasons with the Wizards. In Kuzma’s first season with the Lakers, Hachimura started 13 of his 42 games played, and has started in none of his 30 games this season.

He also missed an entire month from 11/20-12/20 this year, 16 games in a row. How will Hachimura fit in on a Lakers team that is trying to get some momentum going?