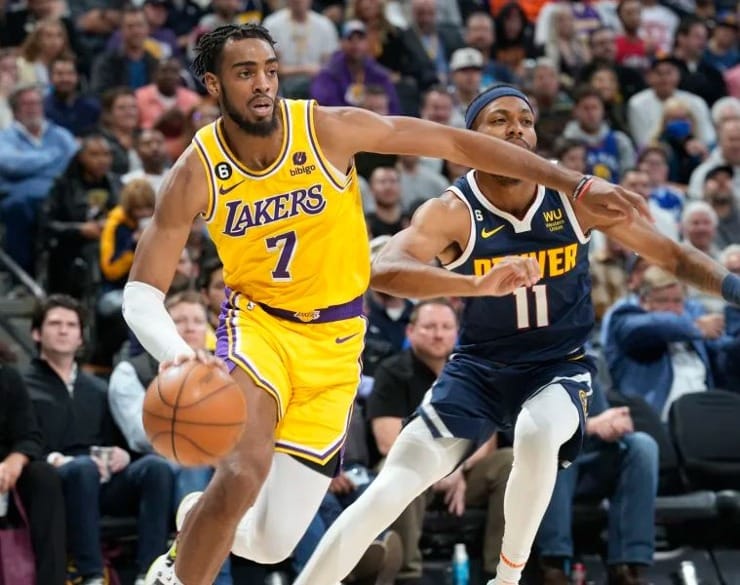 Entering this intraconference matchup, Los Angeles is 19-21 and ranks 11th in the Western Conference standings. Westbrook is only the second player in NBA history to record at least 20 points, five rebounds, and 15 assists off the bench since starters’ stats were first logged in the 1970-71 season.

Per multiple NBA betting sites, the Lakers possess the 12th-best odds to win the championship. A few sportsbooks are showing greater odds for the New Orleans Pelicans and Memphis Grizzlies.

Lakers injury report ahead of tomorrow’s game against the Nuggets pic.twitter.com/n5tawz86Bt

For the Nuggets’ injury report, Jeff Green (left finger sprain/hand fracture) and Collin Gillespie (leg) remain out indefinitely. Peyton Watson was downgraded to out due to a left adductor strain as well.

Denver is 9-2 in its past 11 contests. To add to these betting trends, the Nuggets have won their last 10 home games. They’re 8-1 in their previous nine games played in January. Also, the team is coming off back-to-back wins.

According to ESPN’s Basketball Power Index, the Nuggets have an 81.4% of defeating Los Angeles. Sportsbooks show Denver as a heavy 10-point favorite at home.