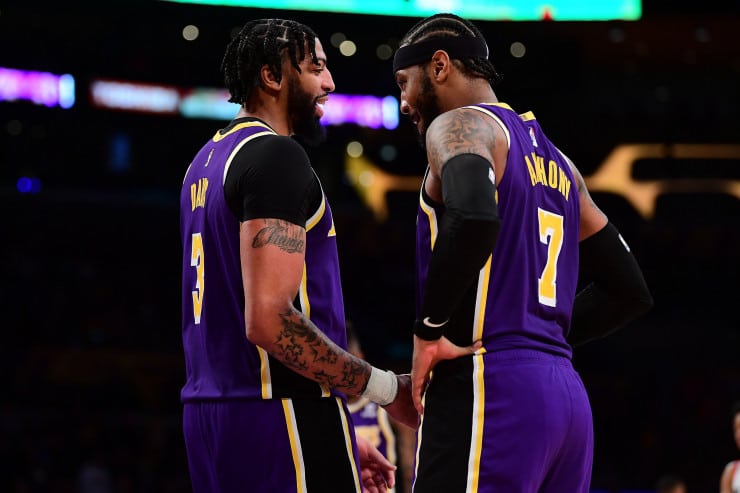 It’s an all LA matchup at the Crypto.Com Arena as the Clippers host their rivals, The Los Angeles Lakers, tonight. Let’s take a look at the top NBA picks and betting trends, as well as the starting lineups for tonight’s Lakers vs Clippers game.

This is only the second meeting of four between these two Los Angeles giants this season. The Clippers ran out winners in game one. These teams need three times in the next month.

The Lakers come into this one having beaten Portland last night where Center Anthony Davis led the team with 30 points and 15 rebounds.

Los Angeles Lakers have only won two of their last five and have struggled to put wins together recently. They have not won back to back games since the start of January. On their recent Eastern road trip of six games, they managed to only win two of those games, albeit one was against Brooklyn.

The Lakers will be without superstar LeBron James who is currently sidelined with an injury.

The Los Angeles Clippers have won three of their last five games and have had two nights off since their last game – a break I’m sure they’ll be happy to have had. The Clippers were beaten by Indiana in their most recent game, a surprise amongst many.

Not only to these teams share an arena together but they are right next to each other in the standings too. The Clippers are 8th, 0.5 games ahead of their opponents. Both teams will be desperate for a win to get one over their neighbours.

The ESPN Matchup Predictor is heavily in favour of a Clippers victory tonight. They give the Clippers a huge 75% chance of a win. I can see their thinking, The Lakers are without one of the best players the NBA has ever seen in LeBron James and the Clippers will be looking to take full advantage.

Yes the Lakers still have Westbrook and Davis but I feel like playing two games in two nights agains a team who have had a good rest might just be too much of a stretch.