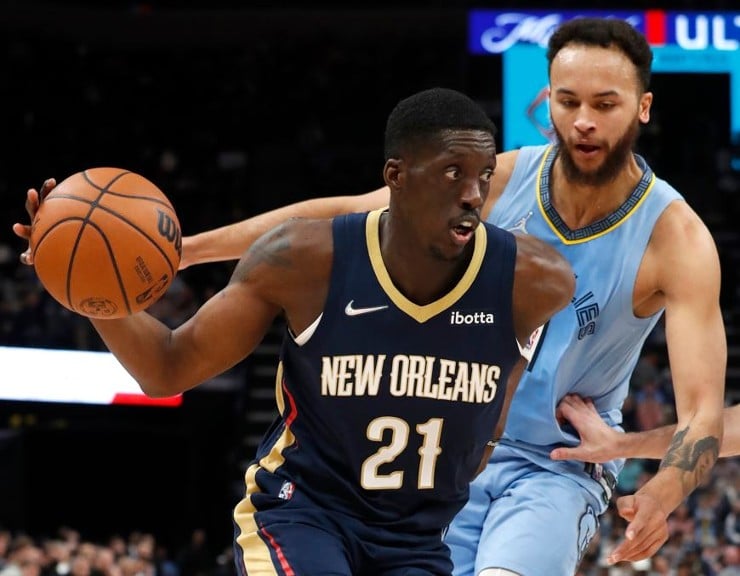 Since LeBron James will miss the next two games due to injuries, the Los Angeles Lakers are hosting workouts for nine-year NBA veteran guard Tony Snell and second-year guard Joe Wieskamp.

“The Lakers held free-agent workouts with Joe Wieskamp and Tony Snell,” said Shams Charania of The Athletic. “Wieskamp was waived by the San Antonio Spurs out of training camp.”

A couple of NBA betting sites are now giving the Lakers the 20th-best odds to win the championship in 2023. Sportsbooks continue to drop their title odds as they accumulate more losses.

"I’m told the expectation is James will be out the next two Lakers games … The Lakers also (recently) held free-agent workouts with Joe Wieskamp and Tony Snell.”

NBA Insider @ShamsCharania has the latest on LeBron James’ status and the Lakers. pic.twitter.com/ZmCNqqI9dq

Snell was selected 20th overall by the Chicago Bulls in the 2013 NBA Draft. In his rookie season with the Bulls, the guard averaged 4.5 points and 1.6 boards in 77 appearances.

It should go without saying that the Lakers could use his perimeter shooting.

Last season, in 53 appearances split between the Portland Trail Blazers and New Orleans Pelicans, Snell logged 3.5 points and 1.9 boards while shooting 40.4% from the floor and 35.2% from 3-point range.

But they called Juan Toscano-Anderson in free agency because he was younger🤷‍♂️ pic.twitter.com/r7SkhP5ZSV

Additionally, Joe Wieskamp was selected 41st overall by the Spurs in the 2021 NBA Draft. In 29 games off the bench with San Antonio last season, the Iowa product averaged 2.1 points. But he’s still not a bad shooter.

On the other hand, Snell is a pretty good 3-point shooter, so a potential signing makes sense for this struggling Lakers’ team. After starting the season 2-9, the front office is considering all available options.

Nineteen-year veteran Carmelo Anthony remains a free agent as well. The 38-year-old forward last played for the Lakers last season. Off the bench, he’s a serviceable shooter. At this point, L.A. has nothing to lose by signing Anthony.