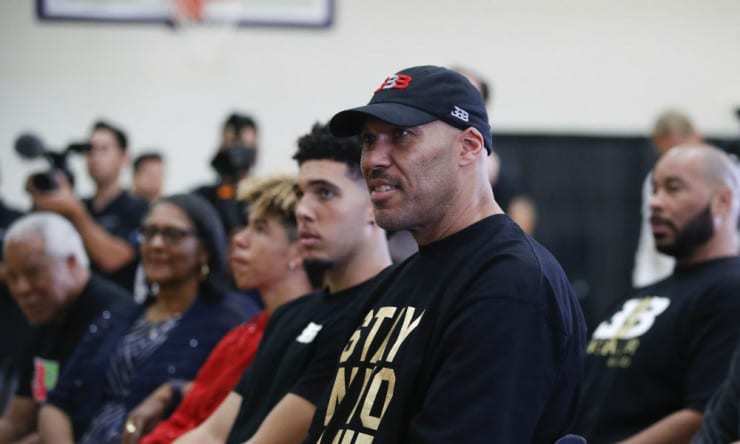 LaVar Ball said Wednesday that he is launching a basketball league for nationally ranked players who have graduated from high school but don’t want to go to college.

Ball said his Junior Basketball Association — which he said is fully funded by his Big Baller Brand — plans to pay the lowest-ranked player a salary of $3,000 a month and the best player $10,000 a month. Ball is looking for 80 players to fill 10 teams that will seek to play at NBA arenas in Los Angeles, Dallas, Brooklyn and Atlanta.

“Getting these players is going to be easy,” Ball told ESPN. “This is giving guys a chance to get a jump start on their career, to be seen by pro scouts; and we’re going to pay them, because someone has to pay these kids.”

Ball said the rules of his league will follow those of the NBA instead of college — 12-minute quarters and a pro 3-point line.

Ball said he was partly motivated by the comments made earlier in the month by NCAA president Mark Emmert, who was asked at a SportsBusiness Journal conference whether Ball was good or bad for the college game.