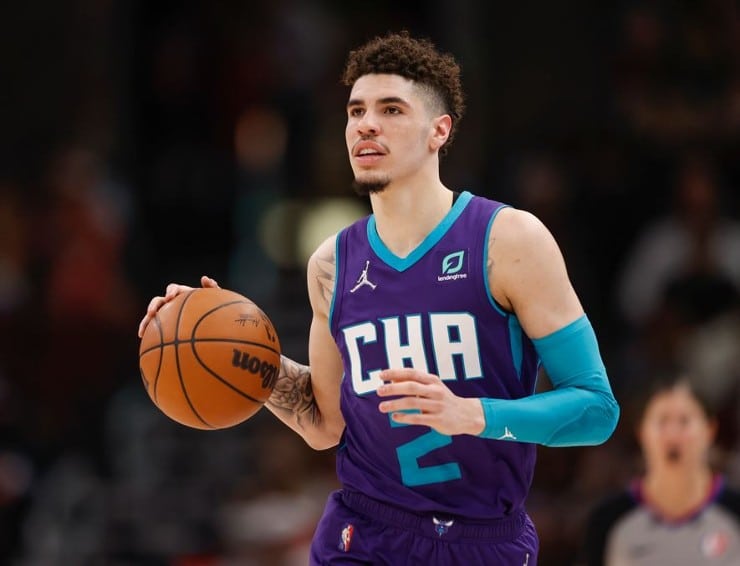 LaVar Ball, the father of Charlotte Hornets star LaMelo Ball, at one point wanted his youngest son to play for the Los Angeles Lakers. Nowadays, that will never happen. Lonzo Ball, LaVar’s firstborn, was selected second overall by the Lakers in the 2017 NBA Draft.

However, Lonzo only played two seasons with Los Angeles. In July 2019, the Lakers traded Lonzo to the New Orleans Pelicans. Of course, he was then traded by the Pelicans to the Chicago Bulls last August. Anyway, the Lakers trading away Lonzo irked LaVar.

According to multiple NBA betting sites, the Lakers possess the 12th-best odds to win the championship in 2023. Meanwhile, some sportsbooks show the Hornets with bottom-five odds.

“I wanted Melo to be a Laker before that ship done sailed,” replied LaVar Ball during an interview with Complex. “You get rid of ‘Zo [Lonzo Ball] and you think I’m going to come back? I’m not that type of foolish guy.”

“Common sense would tell you, hell no,” added the 55-year-old when asked if he ever had second thoughts about LaMelo playing for the Lakers. “You did something to my boy Lonzo, and you think I’m going to come back with the others? I gotta be stone-cold crazy.”

LaVar Ball is convinced that his three sons — including LiAngelo Ball, who is currently signed with the Greensboro Swarm of the G League, will play on the same NBA team in the near future.

Through seven starts this season, LaMelo Ball is averaging career highs of 23.1 points and 7.4 assists. He’s also logging 3.4 rebounds per game while shooting career bests of 45.7% from the floor and 40.3% from 3-point range.

The Hornets guard has dealt with a couple of injuries over the last few months. During the preseason, Ball suffered an ankle injury, sidelining him for the first 13 games of the regular season. When the guard returned, the 21-year-old then tweaked his same ankle, causing him to miss 11 more games.