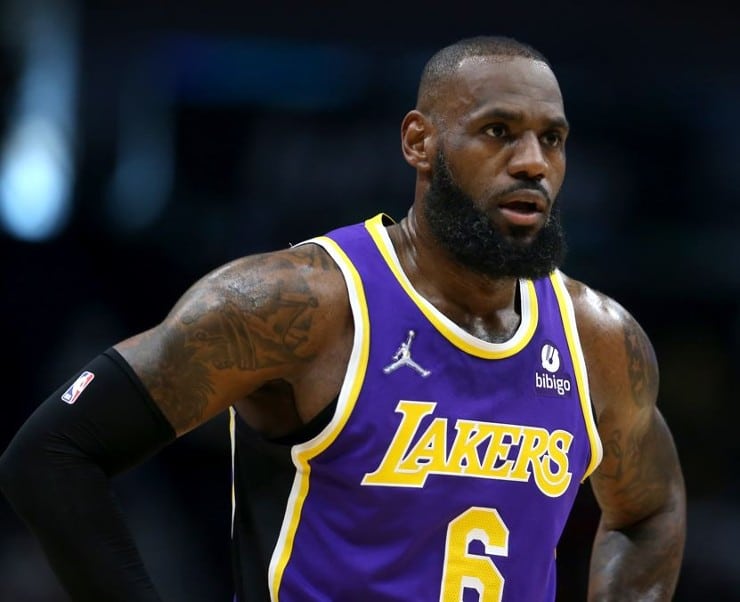 Back in April, LeBron James of the Los Angeles Lakers posted this tweet: “I can/will NOT miss the post season again for my career! This s—t HURT. Ok back to watching these games.”

Now, the tweet has been deleted. Although the message was tweeted eight months ago, it’s not a good look for the 18-time All-Star to delete his own post amid the Lakers’ 14-20 record so far this season. Is the four-time NBA champ throwing in the towel?

According to a couple of NBA betting sites, LeBron James has the 16th-best odds to win MVP in 2023. A few sportsbooks show greater odds for Devin Booker, Zion Williamson, and Joel Embiid.

LMAO bron don’t even trust his own team anymore 😭 pic.twitter.com/vRDs7Knq8i

Although the discovery was made by someone who despises LeBron James, it doesn’t change the fact that it happened. Was James correct in doing so? Thirty-four games into the season, the Lakers are averaging 116.1 points per game, which ranks sixth overall.

However, Los Angeles is also allowing a fourth-worst 117.8 points per game. The team’s defensive efficiency rating ranks 24th overall (1.111). But the Lakers are shooting 48% from the field, one of the best shooting percentages in the league.

Additionally, his 23.5 player efficiency rating is also the lowest since his rookie year. Lakers coach Darvin Ham is utilizing James in 32.4% of plays with the forward on the court. Though, the team continues to disappear against playoff contenders.

Losses to the Dallas Mavericks, Sacramento Kings, Phoenix Suns, and Boston Celtics prove it. Of course, this assessment assumes the Kings will make the playoffs and end their 16-year playoff drought. LeBron James is not the problem, but he’s not the solution either.

Most PPG in their 20th season:

Moreover, Anthony Davis is once again struggling to stay healthy. He is out indefinitely due to a stress injury in his right foot. Through 25 starts this season, Davis is averaging 27.4 points, 12.1 rebounds, 2.6 assists, 1.3 steals, and 2.1 blocks per game. Nonetheless, what’s the point of having an MVP season if the player is always injured?

Then there’s Russell Westbrook. In the Lakers’ 129-110 win over the Orlando Magic on Tuesday night, the two-time scoring champ tied Detlef Schrempf’s record for the most triple-doubles off the bench in NBA history (three). Westbrook is averaging a career-low 14.6 points per game, but he’s still leading the second unit in several metrics.

If the Lakers are a playoff contender this season, they have not yet shown it. If Los Angeles cannot beat above-.500 teams on a consistent basis with Davis healthy, the team will likely not be able to without him, even with LeBron James.