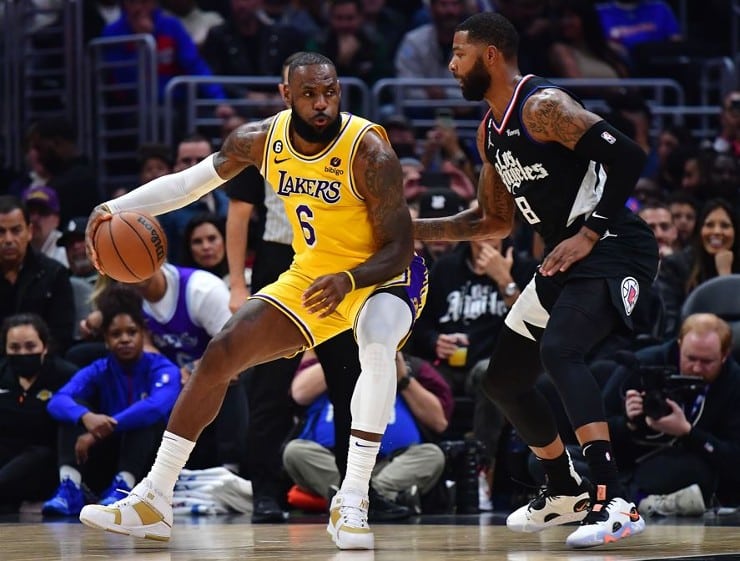 However, LeBron has received plenty of questionable calls in his favor over the course of his 20-year career. At the moment, the 18-time All-Star feels he has to improve on flopping.

Per multiple NBA betting sites, the Lakers now have the 19th-best odds to win the championship in 2023. Quite a few sportsbooks show the Utah Jazz with higher odds to qualify for the playoffs.

LeBron James, who’s been frustrated with his lack of foul calls this season, said that this is the third straight game that the refs have told him they missed calls that should’ve led to FTs for him.

“I need to learn to flop or something,” James said.

“I need to learn to flop or something,” LeBron James said after the Lakers’ 114-101 loss to the Los Angeles Clippers. Of course, Wednesday night’s game was the team’s fourth consecutive loss.

Lakers forward LeBron James is upset about bad officiating this season, feels he has to learn to flop

Late in the fourth quarter, LeBron left the game at the 5:41 mark due to a left leg/groin injury. During the postgame interview, the forward mentioned that his injury is not as bad as the strained left groin he suffered against the Golden State Warriors on Christmas Day in 2018.

Due to his previous groin strain, LeBron missed a career-high 17 games.

“I feel good, besides the injury,” continued James. “We’ll get pictures on it tomorrow and go from there. Didn’t do anything strenuous on the play. When I landed, I felt a little spasm or strain in my groin. Immediately I asked to come out on the next play down.”

Not to mention, the four-time NBA champ recorded a season-high 63.1% true shooting percentage.

“We’ll let him see our medical staff first,” Lakers coach Darvin Ham said about LeBron James after the loss. “It’s just a lot of adversity. He’s been trying his heart out just to be there for us and play at a high level.

I thought he had it going really, really well tonight. But it’s the NBA season, man. You’ve got to be ready for a little bit of everything, so we’ll see what the results are once he gets evaluated and be ready to move forward.”