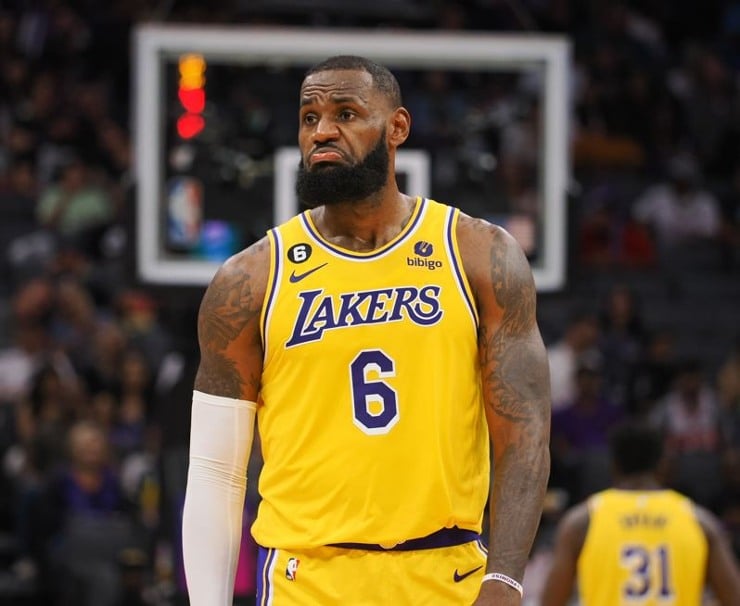 LeBron James of the Los Angeles Lakers believes there is more to his game than just athleticism. Aside from shooting, the four-time MVP said he had to improve other areas in order to become the greatest basketball player he can be.

“I don’t have to rely on super duper athleticism to be effective,” the 20-year NBA veteran told Spectrum SportsNet. “My first 12 years of my career I was super-duper athletic, and I cannot be as efficient and not be as dialed in on the actual game of basketball.”

Per multiple NBA betting sites, LeBron James has the 18th-best odds to win MVP in 2023. Despite the low odds, some oddsmakers believe that’s a little bit more likely than the Lakers making the playoffs this season.

"I don't have to rely on super duper athleticism to be effective." – LeBron James shares his thought on his game evolving throughout the years and Russell Westbrook's infectious energy. pic.twitter.com/xaaHqziIEC

As one would expect, James did rely on his athleticism earlier on in his playing career. In 79 starts with the Cleveland Cavaliers during the 2005-06 season, Bron averaged a career-high 31.4 points per game.

Offensively, the soon to be 38-year-old can still play at a high level. But he has struggled to play with the same level of explosiveness. That should go without saying. Injuries have taken a toll. James cannot carry teams like he used to without sustaining some form of injury.

The only players in NBA history to record these numbers in their careers:

Through 14 starts this season, LeBron James is averaging 25.8 points, 8.6 rebounds, 6.3 assists, and 1.1 steals. Plus, he’s shooting 46.8% from the field and 32.4% from three-point range. The Lakers forward continues to record 25-point performances every here and there.

However, the four-time NBA champ is averaging a true shooting percentage of 55.8%, his lowest since the 2006-07 season. Not to mention, his player efficiency rating (21) is the lowest since his 2003-04 rookie season.

As his athleticism declines, it starts to show more often in his stats. James’ steal percentage (1.5%) and block percentage (1.6%) are lower than usual at the first-quarter mark of the regular season.

Then again, it’s not like the Lakers are a well-constructed team this season. They’re currently 8-12 and rank 13th overall in the Western Conference standings. L.A. is 3-11 in its last 14 road games. For Friday night’s matchup, the team is an 8.5-point underdog against the Milwaukee Bucks.