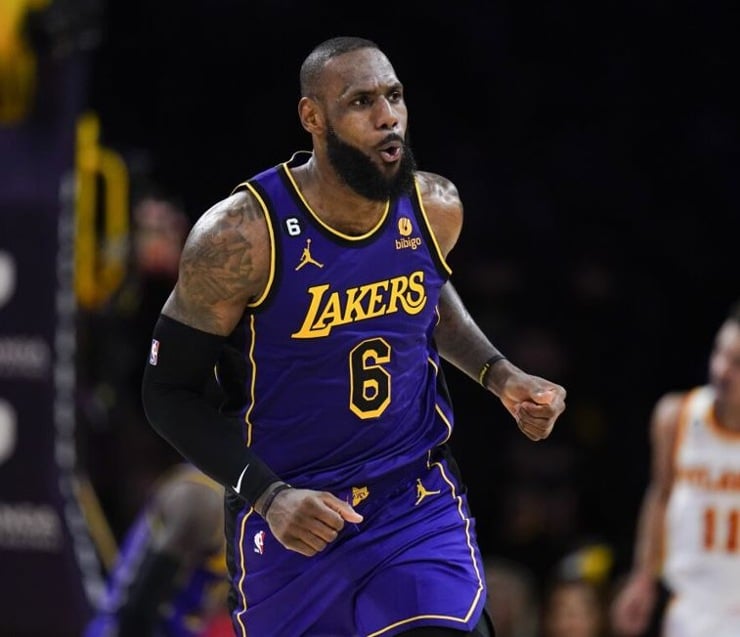 LeBron James needs 460 points to pass Kareem Abdul-Jabbar and set the all-time scoring record. However, according to the four-time MVP, owning the record is not on his mind.

“I don’t know. I have not set out to do that,” the 18-time All-Star told ESPN during an exclusive interview on Friday, when asked where the all-time scoring record would rank in his career.

“It wasn’t like a goal of mine when I entered the league — making the All-Star team, being Rookie of the Year, being first-team All-NBA, first-team All-Defense, win a championship for sure, be the MVP of the league…”

Referring to a couple of NBA betting sites, LeBron James and the Los Angeles Lakers have the 13th-best odds to win the championship. Check out which sportsbooks are showing better odds for the New Orleans Pelicans and Phoenix Suns.

“The scoring record was never ever even thought of in my head because I’ve always been a pass-first guy,” added LeBron James. “I’ve always loved seeing the success of my teammates… The best teacher in life is experience, and I think over the course of my career, just gotten better with every facet of my game. There were times when I didn’t really have a low-post game.

The Lakers wing currently has 37,928 points. Barring a major injury, the 20-year veteran could break the all-time scoring record with multiple 40-point games prior to All-Star Weekend.

Speaking of that, LeBron James and Kevin Durant lead the Western and Eastern Conferences in the first round of All-Star fan voting. All-Star voting is available until Tuesday, Feb. 16 at 11:59 p.m. ET.

If LeBron James keeps up his average of 29 PPG this season, he is projected to break Kareem Abdul-Jabbar's all-time scoring record some time in February 🧐

While James said the record was never on his mind, the Lakers are struggling again this season. Los Angeles is 18-21 and ranks 12th in the Western Conference standings. For that reason, the 38-year-old has to be thinking about some individual records.