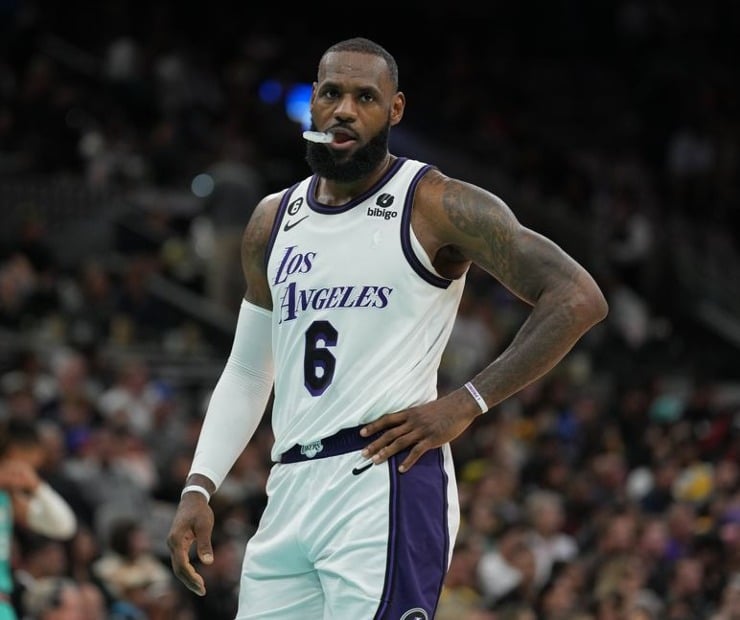 On Friday, Los Angeles Lakers star LeBron James returned after missing several games due to a groin injury to play the San Antonio Spurs, and now the four-time MVP believes he’ll play in the second back-to-back matchup on Saturday.

“There’s a strong possibility I’ll play tomorrow. I just sat out two weeks… I’m good,” James said after the Lakers’ 105-94 win over the Spurs at AT&T Center. It was Los Angeles’ first road win of the season.

Per multiple NBA betting sites, LeBron James has the 21st-ranked odds to win MVP in 2023. Unless Luka Doncic, Giannis Antetokounmpo, and Jayson Tatum miss time due to injuries, sportsbooks will continue to show lower odds.

“It felt pretty good to get out there on the court with my guys and make some plays and help them get the win,” LeBron James added.

Although the four-time NBA champ ended his performance with a season-high nine turnovers, James still played decent on offense and defense. Considering the Lakers star missed the last five games, it was a solid outing.

“That changed the whole dynamic of the game,” Lakers guard Lonnie Walker IV said of James’ return. “When you have someone that can close it night in and night out, puts ease in the heart for everyone else. He certainly turned it up to a whole another level.”

Through 11 starts this season, LeBron James is averaging 24.5 points, 8.7 boards, 6.7 assists, and 1.3 steals per game. However, in terms of shooting, the 18-time All-Star is posting career-low numbers.

While never the best three-point shooter in the league, the Lakers forward could hit at least 30% of his shots in previous seasons with the team. But the 20-year veteran is shooting only 24% from downtown this season.

Not to mention, James is shooting 45.8% from the floor, the lowest since his rookie season (41.7%). His true shooting percentage (52.1%) and player efficiency rating (19.4) are also his lowest since his first NBA season.

Since the Lakers star is no longer listed on the injury report, he’s in the clear.