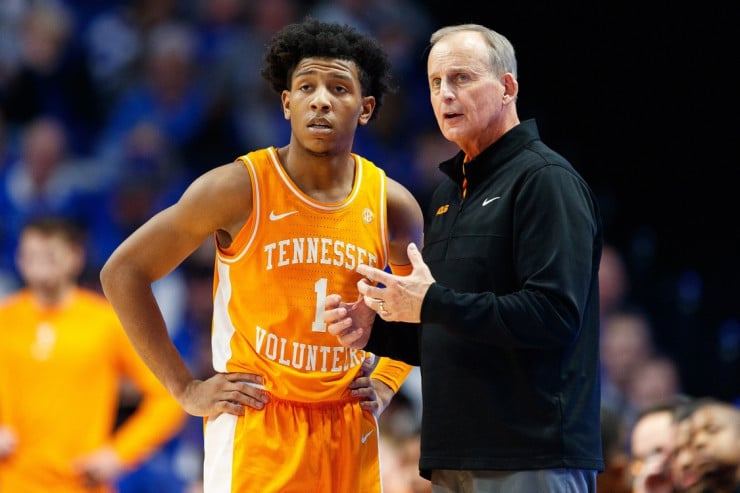 All LSU vs Tennessee betting odds can be found at BetOnline

This LSU vs Tennessee college basketball game will provide a huge test for both teams. Both teams flourished to start the season, yet are both just 3-3 in conference play.

LSU started SEC play with a 3-1 record. Since then, the Tigers have dropped two straight to unranked opponents. This trip to Knoxville will be LSU’s first true road test since a 70-55 loss at Auburn. In a tough environment where a loss all but ends their chances at the regular season title, anything less than their “A game” is not good enough.

To say Tennessee has been inconsistent in SEC play would be an understatement. To this point, they have win every other game. Their three losses were all on the road to ranked teams while their three wins were all at home to unranked teams. With a ranked LSU coming to Tennessee, which trend is going to come to an end?

LSU has been a tough team to beat this season but has struggled mightily over their last two games. The Tigers’ offense has been non-existent as of late. It’s hard to see that suddenly coming alive against a ranked opponent in a hostile environment. have struggled as of late however as they have only scored more than 68 points once in their last three games. Forward Tari Eason will have to step up again if LSU wants a chance at winning.

While Tennessee’s offense was unusually quiet in their loss to LSU earlier this season, they need to improve from the charity stripe. The Volunteers have shot just 68% from the free throw line this season. In what will likely be a close game, Tennessee needs to take advantage of the opportunities their afforded a lot better than they have been. If they don’t, they will likely lose again to LSU.

Our LSU vs Tennessee prediction tonight will be LSU +5.5 at BetOnline.

It would be expected that Tennessee shoots the ball more efficiently in their second matchup with LSU. With that in mind, it’s hard to see Tennessee pulling away with their poor free throw shooting. LSU has the star power to not only stay competitive, but to steal a road game as well. Tennessee will have trouble finding a way to stop LSU forward Tari Eason which should make sure the final score stays within two possessions.

The Volunteers should win this game, but this game should go down to the wire. For what it’s worth, the ESPN Matchup Predictor gives Kansas a 75.8% chance to win.