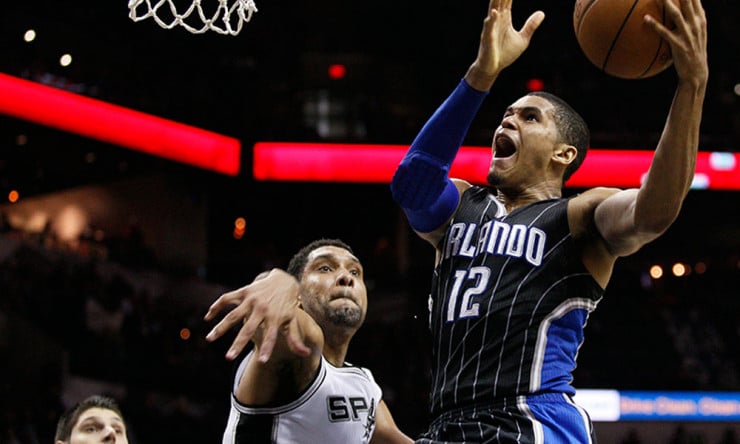 Tobias Harris and the Orlando Magic have agreed to a new four-year contract worth $64 million, according to multiple reports. The deal will reportedly have no option years or opt-out clauses.

Harris and center Kyle O’Quinn topped the Magic’s pending free agent list as both players became restricted free agents once the Magic issued them qualifying offers on Tuesday. Now the team can focus on O’Quinn and other free agent moves and trades. General manager Rob Hennigan told reporters on Thursday that the team would continue to be aggressive in free agency and through trades should the right opportunity present itself.

Harris joined the Magic at the trade deadline in 2013 after the Magic acquired him from the Milwaukee Bucks in exchange for J.J. Redick and other players. He played sparingly during his time with Bucks, but became a significant part of the Magic’s rotation since the trade.

With Harris staying in Orlando for the foreseeable future, he’ll remain a part of a promising young core of players that includes Nikola Vucevic, Victor Oladipo, Elfrid Payton, Aaron Gordon and Mario Hezonja. Concerns were raised about Harris’ future after the Magic hired Scott Skiles as head coach, since the two reportedly didn’t get along and Harris did not play in a lot of games when Skiles was the head coach in Milwaukee. The two have denied the rift and are said to be on great terms.

The team was said to be more interested in working out a new deal with Harris once they failed in their efforts to agree on a deal with Hawks free agent Paul Millsap. It was reported on Wednesday that the Magic met with Millsap shortly after free agency opened up at 12:01 a.m. EST, and by the end of the day, Millsap had decided to remain with the Hawks.

The Magic should become more interesting next season with Harris returning. As the roster is currently constructed, the team has eight forwards on the team with Channing Frye, Gordon, Maurice Harkless, Harris, Hezonja, Devyn Marble, Andrew Nicholson and O’Quinn. Marble and O’Quinn are on non-guaranteed deals for next season.

Trying to find an effective lineup given the logjam at the forward position will leave Skiles with a lot to figure out in his first season in Orlando. The team could look to offload some of those players to help facilitate trades down the line during the offseason to free up the position.

Harris has averaged 16.1 points per game with the Magic since joining the team and is coming off of the best season of his four-year career after averaging 17.1 points, 6.3 rebounds and 1.8 assists per game.