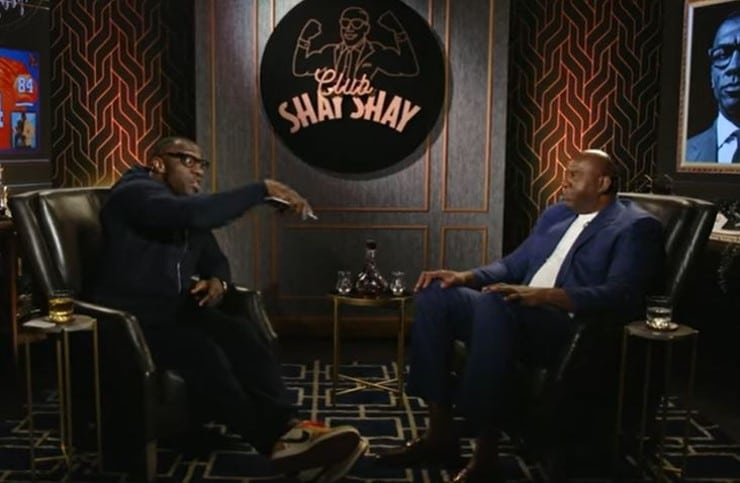 “First, take accountability,” replied Johnson. “It’s number one. If I don’t play well, say ‘I don’t play well.’ You know, when I didn’t perform well in ’84 against the Celtics, I admitted that.”

Pertaining to some NBA betting sites, the Lakers now have the 15th-best odds to win the championship in 2023. Following the team’s 0-3 start to begin the 2022-23 season, a few sportsbooks dropped L.A. out of the top 10.

“I took accountability,” continued Magic Johnson. And I said, ‘Hey, I didn’t perform well. I was the reason why the Lakers lost the series.'”

“And I had to say to myself, ‘I got to get better.’ So, what did I do? I went out that whole summer, I trained hard and got better.”

“And then we played them again in ’85 next season. Man, I was on fire. We won; you didn’t hear that no more. Same thing with Coach West [Jerry West] after he got fired. They booed me for about a month…”

Sharpe made an excellent point when he said that ‘Lakers fans know good basketball.’ It’s true. They watched the Lakers win five championships in the 80’s with Kareem Abdul-Jabbar and Johnson.

The fanbase also watched the team win an additional five more titles with Kobe Bryant. When LeBron James first signed a four-year, $154 million contract with the Lakers in 2018, die-hard fans were skeptical.

Similar to what Sharpe pointed out, they care more about LeBron’s accomplishments with the team rather than what he achieved with the Cleveland Cavaliers and Miami Heat.

LeBron earned the fanbase’s support in Los Angeles over the years. The four-time MVP helped the Lakers win their 17th championship in the 2020 NBA Bubble.

Furthermore, through three games, Westbrook is shooting 11-of-38 (28.9%) from the floor. The nine-time All-Star has scored only 31 points. Magic Johnson is correct. Instead of criticizing fans or the media, the guard just needs to let his play do the talking.