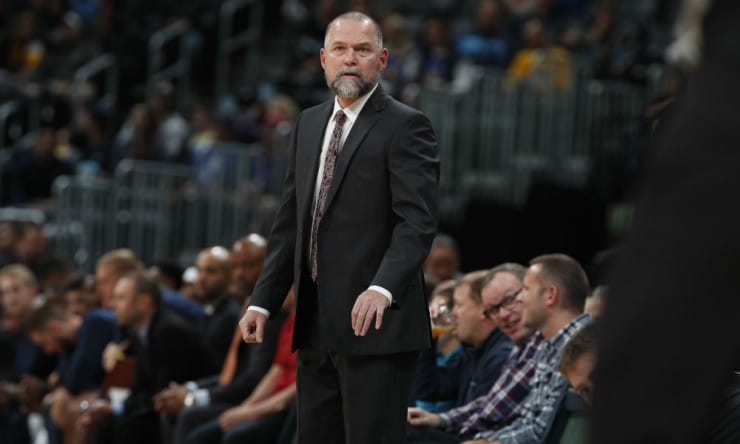 The Denver Nuggets’ rookie, Christian Braun, has already became a fan favorite in the Mile High. Not many were expecting him to have a big role coming into the season. Especially when you consider head coach, Michael Malone’s history of giving rookies limited minutes. However, Braun has ingratiated himself on this squad in a big way, especially with his defensive ability. He had his first big NBA moment in the win over the Golden State Warriors when he pick-pocketed Jordan Poole and even played some great defense on Curry for a couple of possessions. Ever since then, Braun has continued to improve his overall game and his defense has been a breath of fresh air for the Nuggets and Michael Malone.

Malone on Braun After the Nuggets Win Over the Jazz

As alluded to already, it is rare for a rookie on the Denver Nuggets to get high praise from coach Malone this early in their career. After another solid showing against the division rival, Utah Jazz, Malone had some high praise for the rookie from Kansas.

"That kid's got some balls on him."

Said he can sense that fans already love him because of how hard he plays.

Here, Malone is referencing the block Braun had on former Denver Nugget, Malik Beasley, who tried to put Braun on a poster to no avail. With Braun’s gritty style of play that emphasizes hustle and heart, it has inspired an improved team effort on the defensive end in the past couple of games. Not to mention, Nuggets fans have been clamoring for a fan-favorite perimeter defender ever since they traded Gary Harris in the deal centered around Aaron Gordon. It seems as if the Kansas Jayhawk champion is already filling that role and we are not even a quarter of the way through the season.

Braun has been putting up modest, yet, far from terrible numbers to start his rookie campaign. He has led the Nuggets’ bench in minutes played for the past two games now and especially impressed in Denver’s statement win over the Lakers. During that matchup, he held LeBron James to two for five shooting from the field when matched up with the future Hall of Famer. This effort also impressed Malone who after the game had this to say:

“You can talk about a lot of things in terms of what constitutes a good defender. I think the biggest part of it is the will, the want. Switching onto LeBron James, he is a rookie. He was in college last year hanging out at frat parties and he is out here not afraid. He is going to get scored on. He is going to make mistakes. He is in like an advanced program right now and he is excelling.”

Braun is already showing promise for what his defensive stats may eventually look like. So far, he is averaging a defensive rebounding percentage of  13.1 percent, a steal percentage of 1.7 percent, and has yet to allow a matchup to score double figures while guarded by him (the most Braun has allowed so far is eight points to Damian Lillard.) Braun may not be the force that rookies like Paolo Banchero or Jalen Williams are, but do not underestimate his impact for the Denver Nuggets.