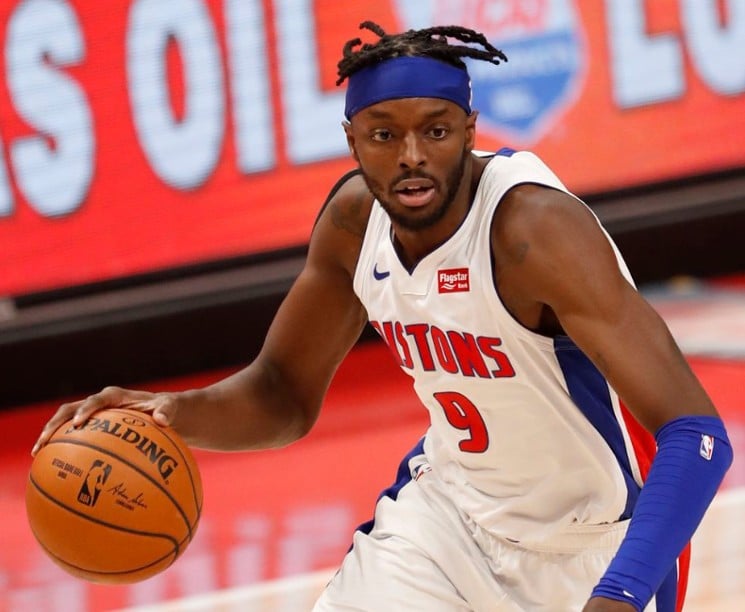 For Monday night’s interconference contest, the Oklahoma City Thunder (6-16) are preparing to play the Detroit Pistons (4-18) at Little Caesars Arena. Can Shai Gilgeous-Alexander and the Thunder end their eight-game skid and pick up their first win versus the Pistons since Mar. 4, 2020?

On Apr. 16, 2021, the Pistons won the previous head-to-head meeting 110-104. In other news, in the Pistons’ 114-103 road loss against the Suns last Thursday, rookie guard Cade Cunningham joined LeBron James, Ben Simmons, Alvan Adams, Julius Erving, Magic Johnson and Larry Bird as the only players in the history of the league to earn 240 points, 100 rebounds, 75 assists, 20 steals and 10 blocks through 17 career games. The first overall pick is averaging 14.1 points, 6.3 rebounds and 4.6 assists per game.

Josh Giddey, Kenrich Williams and Derrick Favors all practicing today guarantees no history will be made on Monday night versus the Pistons.

Moreover, in the Thunder’s historical 152-79 blowout loss versus the Grizzlies last Thursday, forward Luguentz Dort led his team in scoring, finishing with 15 points in 25 minutes played. Ty Jerome, Tre Martin and Mike Muscala each contributed 12 points as well. Oklahoma City allowed 41 points in the second and third quarters. Hands down, this was the worst defeat in NBA history.

As for the Pistons, in their 114-103 away loss against the Suns on Thursday, forward Jerami Grant scored a team-high 34 points in 38 minutes of action. Rookie guard Cade Cunningham closed out his night with 19 points, 2.0 rebounds and 5.0 assists in 31 minutes spent on the court. While the Pistons lost another game, at least they didn’t lose by 73 points! In the opening quarter, the Suns outscored them 30 to 18.

For important betting trends, the Thunder are 11-5 ATS in their previous 16 performances. The total has also gone over in five of their past seven contests. Not only is the team 8-3 straight up in their last 11 games at Little Caesars Arena, they are 4-1 ATS in their previous five matches against Eastern Conference opponents. Next, the total has gone over in four of Oklahoma City’s past six contests versus Central Division opponents.

Pick the Pistons to win, they will cover the spread and the total will go over 220. Detroit is a 4.5-point favorite with BetUS.