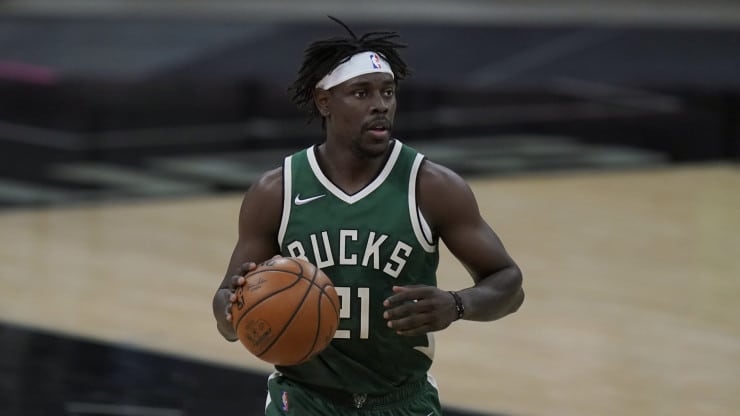 Our Monday night NBA slate will feature eight different games going on across the league for fans to enjoy. We’ve put together our best NBA player prop picks for tonight’s games featuring Milwaukee vs Orlando, LA vs Charlotte, and Phoenix vs Dallas.

At 7:00pm tonight, the Milwaukee Bucks will be on the road to face an Orlando Magic squad that has lost eight straight games and are desperate for a win. Also tipping off at 7:00 are the LA Clippers and the Charlotte Hornets. The Clippers are 2-2 in their last four games and are third in the Pacific Division. Lastly, the Phoenix Suns will be in Dallas to face the Mavericks tonight.

The Milwaukee Bucks have won five of their last seven games and will be on the road tonight to face a struggling Orlando Magic team. Playing the second highest minutes per game for the Bucks this season is veteran PG, Jrue Holdiay with (32.3) points per game. Holiday leads the team in assists and steals per game this season. He’s a valuable two-way player that was a key piece in their 2021 championship.

Our pick for this game is Jrue Holiday over (6.5) assists @ +108 with BetOnline. Holiday averages (7,4) assists per game this season. He’s had over 6.5 assists in eight of the 17 games he’s played in. His team will have the chance to take advantage of a bad Magic squad.

The Charlotte Hornets are 7-16 so far this season which is fourth in the Southeast Division. Charlotte has struggled t have their best players stay healthy this season and play consistently. Nine different players have made at least one start for the Hornets this season. Leading the team in scoring this season is Terry Rozier with (21.2) per game, but he’s missed eight games. The next highest scorer on the team is Kelly Oubre Jr. with (19.8) per game.

Phoenix has the best record in the Western Conference right now with a 16-7 record, winning eight of their last ten games. On Sunday they beat the Spurs 133-95, handing San Antonio their 11th loss in a row. Tonight, the Suns will be on the on the road to face the 11-11 Dallas Mavericks. That game will be televised on NBA TV.

Our pick for this game is Mikal Bridges over 14.5 points @ -114 with BetOnline. Bridges in the third highest scorer on the Suns this season with (16.1) per game. Tonight, we need Bridges to have more than 14.5 points, which he’s done in 13 of the 23 games he’s played this season.

Start your week with the Suns!