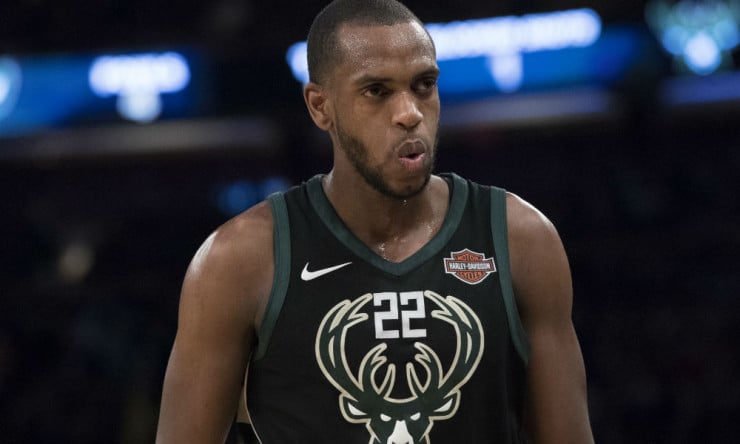 The Milwaukee Bucks have the second best record in the Eastern Conference and NBA right now, only behind the Boston Celtics. Milwaukee is 15-5 this season. Giannis Antetokounmpo leads the Bucks in scoring this season and his average is slightly up. He’s had to shoulder the scoring duties a bit more while the team waits to get fully healthy. Luckily, reinforcements are coming back tomorrow for the Bucks.

Khris Middleton has been recovering from wrist surgery he had back in July, but he’s expected to make his season debut for Milwaukee this Friday at home vs the Lakers. That game will be nationally televised on ESPN at 7:30. Getting Middleton back in the starting lineup will make the team that much more deadly this season.

NBA betting sites have the Bucks at (+550) to win the Finals this season.

ESPN Sources: Milwaukee Bucks All-Star forward Khris Middleton plans to make his season debut vs. the Los Angeles Lakers on Friday (ESPN, 7:30 PM ET). Middleton has been recovering from July surgery on his left wrist. The Bucks are 15-5, second in the East.

Khris Middleton to return to Bucks on Friday vs Lakers

Middleton is in his ninth season with the Bucks. He and Giannis have been the cornerstone of the franchise for a while now. Since the 2019-20 season, he hasn’t averaged less than (20.1) points per game in a season. With Middleton back as a starter, that gives others like Bobby Portis the chance to come off the bench and dominate. Ten of the Bucks next 14 games are going to be on the road and the team will need Middleton’s offensive production in that long stretch. In that span, they will have to face the Boston Celtics in the Boston Garden on Christmas Day.

He hasn’t played since Game 2 of the opening round of the Eastern Conference playoffs where he suffered an MCL sprain. Milwaukee battled tough without him, but lost in seven games to the Boston Celtics. Middleton is a three-time all-star and NBA champ. The Bucks know what they’ll get out of him when he returns tomorrow and it could mean that the Bucks are about to go on a run of their own.