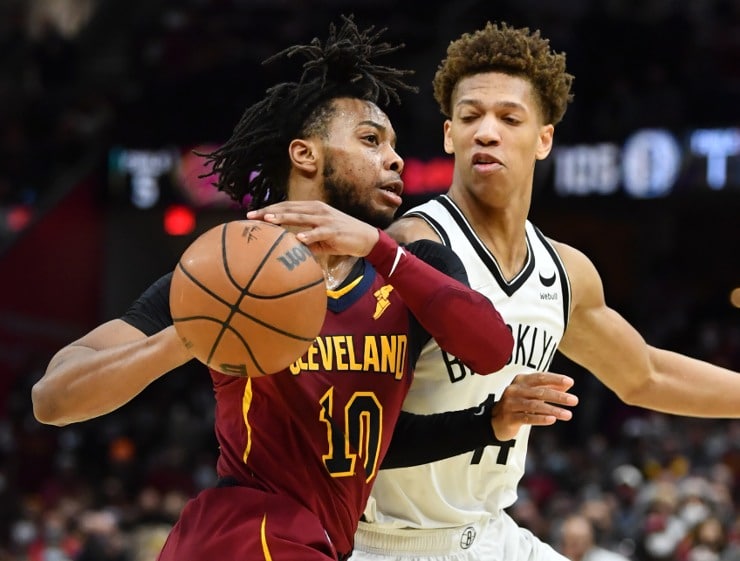 On Friday, Apr. 8, 2022, the NBA has a total of nine games scheduled; free best NBA bets are available. Though, our analysts at Basketball Insiders have focused their attention on the more important matchups. For a reminder, the 2021-22 NBA regular season ends on Sunday, Apr. 10. Free best NBA bets, expert picks and BetOnline odds are featured below.

Leading into this intraconference matchup, the Bucks are 5.5-point favorites on the road. The tip-off time for this contest is 7 p.m. ET. Milwaukee is 2-1 against Detroit in its past three matchups this regular season. Also, the Bucks are coming off back-to-back wins. With two games remaining on their schedule, they have to win out. While the Bucks defeated the Celtics yesterday, the C’s trail them by just half a game in the standings.

Additionally, the Bucks trail the top-seeded Heat by two games. While the Pistons have won just four of their last 10 contests, three of those wins were earned over the previous eight days. Not to mention, Milwaukee has won its past eight straight road meetings versus Detroit. Therefore, pick the Bucks to win, they will cover the spread and the total will go over 228.

Furthermore, the Cavaliers (43-37) and Nets (42-38) still have more to play for right now. This is one of the best NBA bets today. Cleveland remains one game ahead of Brooklyn in the Eastern Conference standings. This rematch will start at 7:30 p.m. ET. Oddsmakers are favoring the Nets to win by eight points.

Considering Jarrett Allen and Dean Wade are out for tonight’s game, it makes sense why bettors are expecting the home team to win. Cleveland is entering this contest after suffering two straight losses.

However, the Nets are 2-10 ATS in their last 12 home games. They are unpredictable and have a tendency to play down to their competition at Barclays Center.

For another important trend, Brooklyn is 11-5 in its past 16 home matchups versus Cleveland. In short, pick the Nets to win, the Cavs will cover the spread and the total will go under 232.5. Other best NBA bets are on the main page.

Moreover, another important game tonight is the Hornets-Bulls contest. The Hornets (41-39) are one game behind the ninth-seeded Hawks and eighth-seeded Nets in the East. Likewise, the Bulls have a chance to catch the Raptors. Chicago trails Toronto by two games. This contest starts at 8 p.m. ET. Plus, the odds today favor the Bulls.

The Hornets are 0-5 in their past five meetings against the Bulls. They have not defeated them since Feb. 20, 2020. To read more best NBA bets content, go to the main page. On Chicago’s injury report, Zach LaVine is listed as probable. He definitely needs to play tonight. The Bulls have lost their last three consecutive contests.

Charlotte is in better shape, having won six of its previous 10 games. In addition to the Hornets failing to win a game over the Bulls since 2020, they have not covered the spread against them in their last five matchups. Pick the Bulls to win, they will cover the spread and the total will go under 231.5.

Next, in this Western Conference battle, the Trail Blazers (27-53) are facing off versus the Mavericks (50-30) at American Airlines Center. This game will be broadcasted live at 8:30 p.m. ET. The Mavs are heavy 17.5-point favorites over the Trail Blazers. Dallas is behind Golden State by only one game in the standings. On the other side, it should go without saying that Portland is eliminated from playoff contention.

And the Trail Blazers have five players out for the season. They have also lost their last nine games. Meanwhile, the Mavericks are 7-3 in their past 10 contests. Since Portland is 1-12 in its previous 13 road games, Dallas is the most logical pick in this one. In summary, pick the Mavericks to win, they will cover the spread and the total will go over 220. Best NBA bets articles are on the main page.

Moving on to our final pick of the day, the Suns (63-17) are squaring off against the Jazz (48-32) at 9:30 p.m. ET. With Phoenix locking up the top seed in the Western Conference, this contest means more to Utah. The Jazz trail the fifth-seeded Mavericks by two games, and the team has only a half-game lead over the Nuggets.

While the Suns are 10-3 in their last 13 contests, the Jazz have won three of their past four games. More importantly, Phoenix is 3-10 in its previous 13 road matchups versus Utah. Taking everything into account, pick the Jazz to win, they will cover the spread and the total will go under 227. Best NBA bets articles are on the main page.

BetOnline is one of the most recommended sportsbooks in Arizona, Illinois, Michigan, New York, North Carolina, Ohio, Oregon, Texas, Utah and Wisconsin.