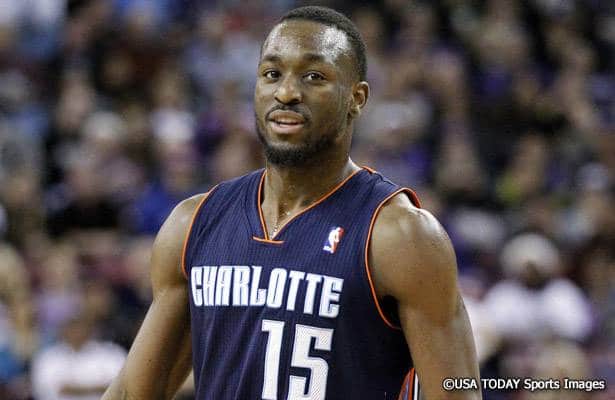 In recent days, there has been a lot of talk about the Phoenix Suns being buyers at the trade deadline. The overachieving Suns, with new general manager Ryan McDonough at the helm, want to swap Emeka Okafor’s expiring insured contract and possibly a first-round pick to land a significant contributor who can help them make the playoffs in the Western Conference and possibly make a run.

Well, the Charlotte Bobcats find themselves in a very similar position. The Bobcats, like the Suns, have exceeded expectations this season. Entering the 2013-14 campaign, nobody expected much out of Charlotte, considering the team had lost 120 of 148 games in two years and entered this season with many of the same players as last year’s 21-win team. However, the team has already managed to surpass their win total from last season, thanks in large part to the coaching of Steve Clifford, contributions of Al Jefferson and development of Kemba Walker.

The Bobcats are also buyers as the Feb. 20 trade deadline approaches, according to league sources. Rival executives have said that Charlotte has been actively working the phones for weeks, looking for potential trades that would allow them to bolster their roster for a playoff push.

Charlotte currently sits in the Eastern Conference’s eighth seed with a 22-28 record and wants to ensure that they’ll make the postseason for just the second time in franchise history.

When the Bobcats signed Jefferson over the offseason, many wondered what the front office was thinking. Why splurge on a marquee free agent now when the team was still very much rebuilding and a loaded draft class was on the horizon? Well, the team was sick and tired of being the laughingstock of the league and losing so many games. They gave Jefferson a three-year contract worth $41 million, and then re-signed starters Gerald Henderson and Josh McRoberts.

Outside of Jefferson, the team didn’t make many big additions over the summer. They drafted Cody Zeller with the No. 4 pick in the draft, but that was the only other notable move and Zeller hasn’t been particularly effective in a reserve role this season. While internal development did play a role in the Bobcats’ leap – particularly the improvement of Walker, who has averaged 18.4 points, 5.1 assists, 4.3 rebounds and 1.4 steals – the biggest difference between last year’s squad and this year’s is coaching.

Clifford is the third coach in three years for the Bobcats, and he’s showing why he should’ve been handed the reins on a team years ago. Clifford started his coaching career 30 years ago at the high school level and served as an NBA assistant for 12 years before getting his first head coaching gig. This season, he has done a tremendous job preparing his players and coaching to their strengths. Charlotte has seen their points allowed per 100 possessions jump to seventh in the league, just one year after finishing dead last in that category (and just about every other defensive category, as a matter of fact).

The Bobcats have reportedly inquired about Philadelphia 76ers guard Evan Turner and Chicago Bulls forward Taj Gibson among others recently, which shows how aggressive they are being as Feb. 20 approaches. Charlotte will continue to work the phones in the coming weeks and weigh their trade options. Unless something drastically changes, the Bobcats will be buyers at the deadline.

»The Basketball Insiders Trade Deadline Guide: Later this week, Basketball Insiders’ first Digital Magazine issue will drop, featuring the most comprehensive look at the NBA Trade Deadline you will find anywhere. The magazine will be available on your smartphone, tablet or desktop. If you are an Apple user, you can grab the Digital Magazine app here. For our Android users, you can grab the Digital Magazine app here. When the issue is ready it will automatically appear in your App for purchase. If you do not want to download the App, we will have a web-based solution for you that works great on the same devices. The links for that will drop when the issue is available. Download the App today and get ready for 110 pages of trade deadline knowledge, exclusively from Basketball Insiders.

Several months ago, LaMarcus Aldridge was being mentioned in trade rumors and it really seemed like his days with the Portland Trail Blazers were numbered. Aldridge was frustrated that the Blazers weren’t winning more games and making the playoffs, so he was eyeing greener pastures.

Now, however, the Blazers are winning and Aldridge couldn’t be happier. So happy, in fact, that the All-Star power forward is openly talking about signing a long-term extension to remain in Portland, rather than testing free agency after next season.

It makes more sense for Aldridge to wait until he hits free agency to re-sign with Portland; that’s the difference between a two-year extension and a five-year max deal. The new Collective Bargaining Agreement actually discourages extensions since players can receive more years and guaranteed money by playing out their contract and then re-signing as a free agent, as stars Chris Paul and Deron Williams among others have done.

“I haven’t gotten that far into it because I want to wait until this summer,” Aldridge said. “But at that point, we’ll sit down and talk about it. … If we’re all on the same page, then I’m looking forward to it.”

The fact that Aldridge is even considering an extension shows that he’s content and committed to the Blazers.

Now, there’s a real chance that Aldridge stays in Portland and continues the team’s success.

This is excellent news for the Blazers because the 28-year-old has been nearly unstoppable this season. He’s averaging 24.3 points, 11.6 rebounds and a block, and has been Portland’s catalyst. This has been a career year for Aldridge and he has been in the Most Valuable Player discussion due to his individual and team success. What has been the difference for Aldridge this season?

“I’m just healthy,” Aldridge said. “Two summers ago, I had my hip scope done and I had to rehab from that. So last season I was thankful for being an All-Star, but I was still coming off that injury. This summer I was healthy. I had more time to work out, I got my conditioning up and I’ve just felt better.”

It’s crazy how much can change in just a few months. The story surrounding Aldridge was that he wanted out of Portland and that the Blazers had no choice but to trade him, otherwise he’d walk as a free agent. Now, he’s ready to sign his name on the dotted line in order to continue his career with the Blazers.