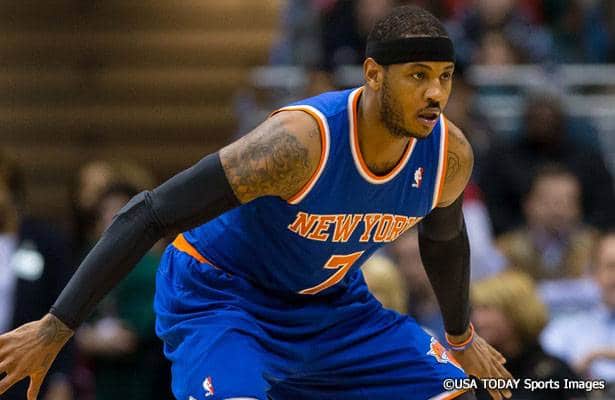 Woodson’s Seat Hotter Than Ever

Woodson’s job security has been a hot topic throughout the season. The loss to the Trail Blazers — the Knicks’ third straight — brought a fresh round of media speculation surrounding his status.

“I can’t concern myself with that. I really can’t,” Woodson told Smith and Ruocco. “It’s been out there, it’s buzzing. The media, they write it.

“That’s not my concern. My concern is coming to work every day with my head held high, trying to figure out how I can get us out of this hole. It’s not worrying about if I’m going to have a job tomorrow. I don’t live my everyday life thinking about that. My job is thinking about X’s and O’s and trying to get guys to play at a high level and win games.”

Via Ian Begley of ESPN

This is nothing new as Woodson has been on the hot seat since virtually the beginning of the season. Woodson has never really been fully embraced as coach of the Knicks. He was just a welcomed contrast and change to Mike D’Antoni, who he originally replaced. He did well enough in his place for the Knicks to give him the job, even when there were other big name candidates out there.

Now the Knicks are wishing they went that direction, and could have him ousted before the end of the year, although if they do that, they’re not going to do any better than just promoting a member of his staff or someone in the front office to the interim head coach position. None of the top free agent coaches without a job are going to take over at this late junction of the season where they’ll have minimum time to put in their system and even less time to see shake up the roster via trade.


I’m hearing that Kenny Smith may be a candidate for the Cleveland Cavaliers’ general manager job. David Griffin is the interim GM.

David Griffin has received the job in the interim, but Kenny Smith is just one of the several names out there being discussed as a long-term option. The Cavaliers have also reportedly considered Mark Hughes and Jeff Weltman, doing some preliminary background work on both of them according to Ken Berger of CBS Sports. Hughes works for the Knicks currently, while Weltman is in Toronto.

Barring a complete turnaround, Griffin does not appear to be in a great position to have his interim tag removed. For someone who has been mentioned as one of the top front office executives not in charge of a team, this is not an ideal situation to take over. However, he does have plenty of trade assets to work with up until the February 20 trade deadline and there is still time for the Cavaliers to salvage the season, just not much.

Because he’s the interim and head coach Mike Brown has a five-year contract, it’s doubtful that Griffin has the leeway to fire Brown. That call will have to come from whoever takes over on a full-time basis, or from above.

JaVale McGee could miss the remainder of the season due to a stress fracture in his left leg, according to sources.

McGee played in just five games before the Denver Nuggets diagnosed the injury in early November.

Injury issues are starting to pile up for the Nuggets, who are 24-23 and just three and a half games out of the playoffs. A step back was seemingly inevitable after the losses of Masai Ujiri, George Karl and Andre Iguodala and while the team is well off of last year’s franchise record pace, it’s important to note that McGee has been a non-factor all year due to this injury, Danilo Gallinari hasn’t seen the floor and now Nate Robinson is out as well with a torn ACL.

If healthy, this very easily could have been a playoff team.