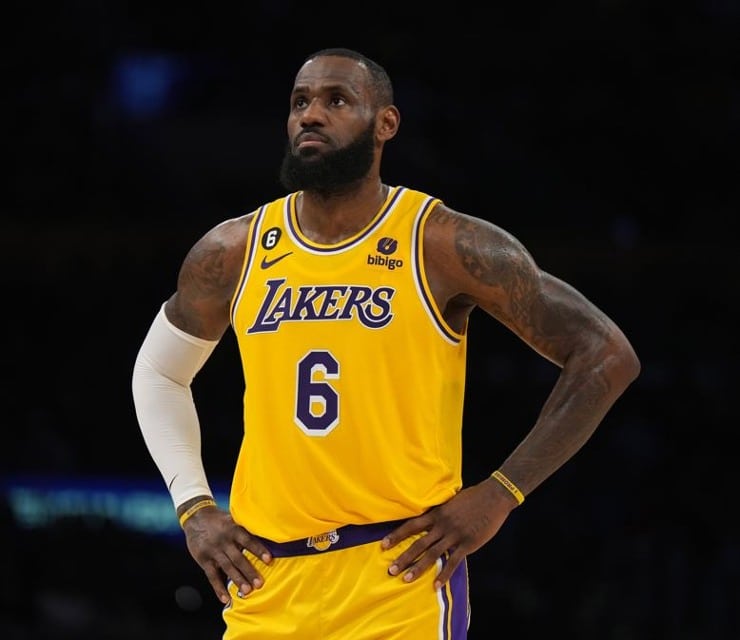 The Los Angeles Lakers are not expected to make any blockbuster deals prior to the trade deadline on Feb. 9, according to the latest NBA rumors. After all, the struggling team has only two first-round picks available for the remainder of the decade for 2027 and 2029. So, this news is not very reassuring.

“I’m told the organization will be prudent with their two first-round picks available that they have for the remainder of the decade in 2027 and 2029,” reported Shams Charania of The Athletic back in November. “I don’t believe the Lakers are in a position right now to mortgage their future with those two available picks.”

According to a few NBA betting sites, the Lakers have 12th-shortest odds to win the championship. Check out which sportsbooks are giving the New Orleans Pelicans and Los Angeles Clippers greater odds.

"I don't think there's any 'big big' deals for the Lakers out there, but I do think they're going to be active around the edges to try to improve this team."@wojespn with the latest on the Lakers' trade deadline planspic.twitter.com/EmvuucycvU

Now, the Lakers will likely pursue an outside shooter to boost their offense. However, fans should not anticipate a blockbuster trade in the coming weeks. “I think for the Lakers, a player like Boban Bogdanovic in Detroit who a lot of teams — his shooting, his floorspace — have interest in,” said ESPN’s Adrian Wojnarowski.

“The price is significant for players like that. There’s just not a lot of teams in the market — multiple draft picks for a player like Bogdanovic right now… I don’t think there’s any ‘big big’ deals for the Lakers out there, but I do think they’re going to be active around the edges to try to improve this team.”

Kendrick Nunn for Cam Reddish of the New York Knicks is one of many NBA rumors picking up steam.

NBA Rumors: Lakers are not expected to make any game-changing moves prior to the trade deadline on Thursday, Feb. 9

Furthermore, Anthony Davis is another player on the minds of general managers across the league. Although the injury-prone center has missed a lot of games the last two seasons, a contender might still be willing to negotiate a trade for the eight-time All-Star.

Would the front office consider trading Davis for at least one first-rounder? G.M. Rob Pelinka is not ruling out this possible option, per sources. Davis has missed the last 17 games due to a stress reaction injury in his right foot. The 11-year veteran could return as early as next week.

The Anthony Davis trade is the definition of a win-win. The Lakers literally won a championship and the Pelicans are trending in that direction. https://t.co/NZW5T9ehPv

Eggs have to get cracked to make an omelet. Building a championship team is a similar concept. L.A. reached its peak years ago. Some Lakers fans would say they’ve run their course with Davis.

Instead of starting over from scratch, the front office should consider trading Davis for a younger All-Star player, especially if the team can acquire first-rounders in return.

Such a move could backfire really quick. On Dec. 4, in Los Angeles’ 130-119 win over the Washington Wizards, the veteran center recorded a season-high 55 points on 73.3% shooting from the field. Prior to his injury, Davis was also logging a career-high 12.1 boards per game.

Nevertheless, the Donovan Mitchell-Lauri Markkanen trade between the Cleveland Cavaliers and Utah Jazz proved how a balanced trade can benefit both teams. Of course, the Tyrese Haliburton-Domantas Sabonis trade is another textbook example. It was a win-win for the Sacramento Kings and Indiana Pacers.

Since the Lakers are 20-25 and rank 13th in the Western Conference standings, maybe they should make a ‘big big’ deal prior to the trade deadline. LeBron James is not getting any younger. Other NBA rumors are on the main page.