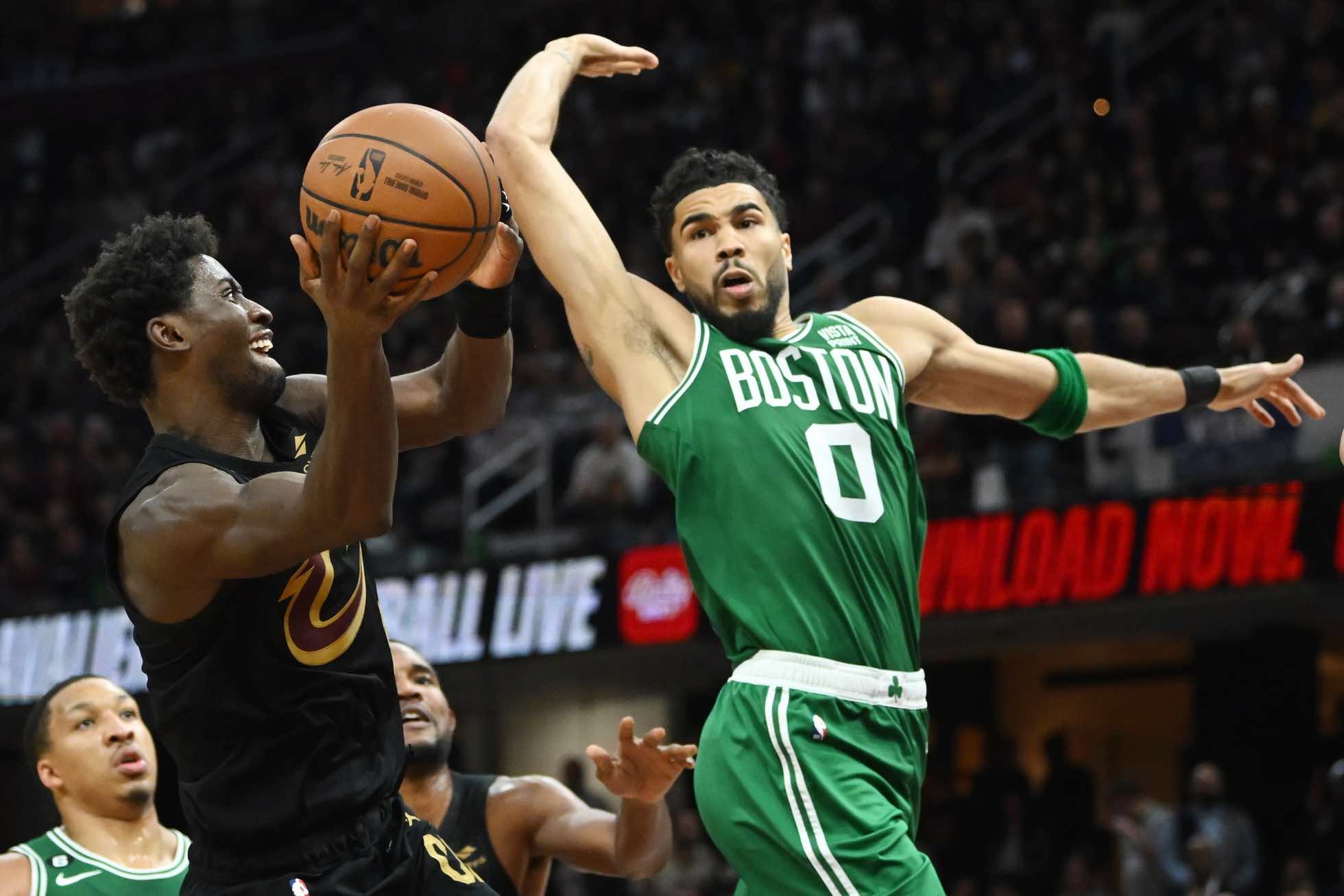 We’re officially seven weeks into the 2022-23 NBA season and there have been some thrilling games thus far. The Boston Celtics are far and away the best team in the league and have been for close to a month now. Jayson Tatum and the Celtics are 17-4 and have wont 13 of their last 14 games. Boston looks extremely dominant again this season and they are set to have Robert Williams return in the near future.

NBA betting sites have the Celtics are the favorites to win the Finals this season at (+400).

The NBA Standings after a thrilling night of hoops!

The Boston Celtics are on another level right now winning 13 of their last 14 games. Through three quarters last night vs Charlotte, the Celtics scored 121 points. Charlotte ended the game with 105 points. Boston have a deep team this year with a plethora of scorers on the team. They were missing Jaylen Brown last night and it wasn’t a problem. Marcus Smart scored 22. Malcom Brogdon came off the bench and scored 21, while Tatum lead them with 35. Their next game is Wednesday vs the Heat.

Milwaukee has bounced back after a 1-3 span that knocked the Bucks out of first place in the Eastern Conference and the Celtics have been their ever since. The Bucks are 4-2 in their last six games and still haven’t had one of their best scorers make his season debut. Khris Middleton has been sent back and forth from the Bucks and their G-League team to work back to game shape. Bobby Portis has stepped up and played a nice role for the Bucks this season being a 10 and 10 player. He’s averaging (13.5) points and (10.5) rebounds per game.

Congrats to Giannis on earning Eastern Conference Player of the Week!!

The Phoenix Suns have climbed their way back to first place in the Western Conference with a five-game win streak, and winning six of their last seven games. Devin Booker had 44 points in the teams 122-117 win vs Sacramento last night. Phoenix has been much better at home this season, as they are 3-5 on the road with three straight road losses. Booker leads the team in scoring the season with (27.9) per game. Chris Paul was out for last night’s game with a heel injury.

Denver has won four of their last five games and have jumped to second in the Western Conference and to first place in the Northwest Division. Nikola Jokic had a three-game absence and the team has been playing more effectively since he’s been back. He leads the team in points (23.0), rebounds (9.8), assists (8.8), and steals (1.3) per game. The team has struggled mightily this season when Jokic is not on the court. Denver has a -16.2 rating when he’s not on the court and an outstanding +30.2 per 100 possessions when he is playing. Jokic plays a big part in his teams success.

The Cleveland Cavaliers has one of their worst games of the season yet in a 100-88 loss to the Raptors last night. Donovan Mitchell averages (28.9) points per game and only scored 8 points last night, going 1-5 from three and 3-11 from the field. Only two starters on the Cavs went into double figures in scoring last night. After a five-game losing streak, Cleveland has gone 5-2 since then. Darius Garland and Mitchell have been a great one-two punch for the Cavs this season. Their next game is Wednesday vs the 76ers.

Philadelphia has gone 7-3 over their last ten games and are on a three-game win streak. They are second place in the Atlantic Division and are fourth in the Eastern Conference. Joel Embiid returned to the lineup after a three-game absence and came back with a 30-point game. Shake Milton lead Philly in scoring in the short time Embiid missed. The Sixers are also without James Harden and Tyrese Maxey. They are being outscored by 29 points when Embiid is not playing.

The Utah Jazz dropped their fifth straight games last night and have lost eight of their last ten games. Utah was 12-6 last Sunday and have had a horrible week since then. They are third in the Northwest Division and have fallen to ninth on the Western Conference. Lauri Markkenan (22.2) is the only player for the Jazz who average at least 20 points per game this season.

Memphis is one a two-game win streak and have gone 5-5 in their last ten. They are first in the Southwest Division and are fourth in the Western Conference. The Grizzlies beat the Knicks on Sunday night, 127-123. Ja Morant leads the Grizzlies in points (28.5), assists (7.6), and steals (1.1) per game. Desmond Bane suffered a Grade 2 sprain in his right toe and is out for about a month.

The Golden State Warriors are 7-3 in their last ten games and are on a three-game win streak. Steph Curry and the Warriors are third in the Pacific Division. In their 137-114 win vs the Timberwolves on Sunday, Curry lead the team in points (25) and rebounds (11). Curry’s rebounding numbers are the best he’s has in his historic career so far. Klay Thompson has had some dominant performances over the last week and has proved that he’s still got some juice left in the tank. The negativity and doubt is what fuels him to be greater.

The Trial Blazers round out our top 10 this week. Portland has lost five of their last six games and have dropped to sixth in the Western Conference. They most recently lost to the Brooklyn Nets 117-97, on Sunday night. Damian Lillard is out with a Grade 1 calf strain and is likely to be re-evaluated at the end of this week, or the possibly early next week.