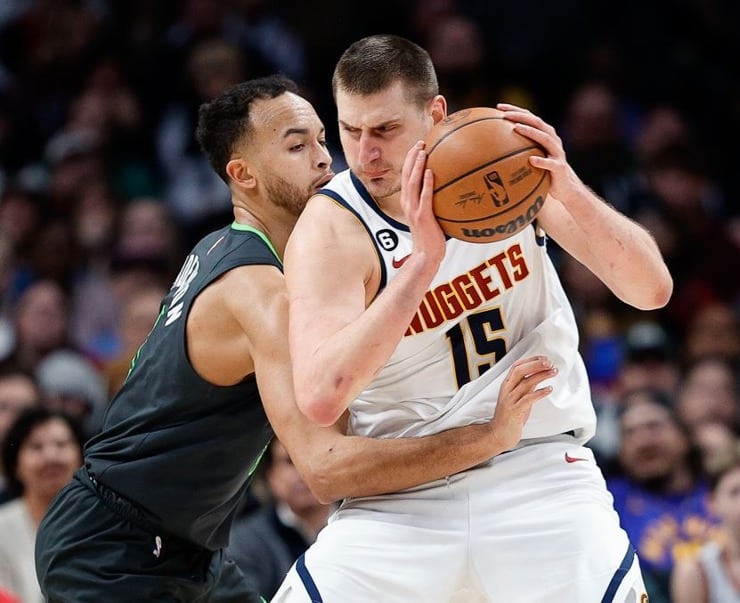 On Wednesday, Nikola Jokic passed Alex English for the most assists in Nuggets franchise history, in a 122-118 win over the Minnesota Timberwolves. Now, the two-time MVP has 3,686 career assists in 568 games. Through 11 seasons, English recorded 3,679 assists in 837 games.

Per a few NBA betting sites, Nikola Jokic is now the clear-cut favorite to win MVP this season. Some sportsbooks are still giving Luka Doncic and Jayson Tatum high odds of winning the award.

“When you have a lot of assists, it just shows that you’re a good team player,” said Nikola Jokic after the win. “That’s something I want to be. I want everybody to remember me as a guy who was a really good team player.”

Denver outscored the Timberwolves 34-23 in the fourth quarter. Jokic’s 31-point triple-double led the Nuggets to their 15th consecutive home win of the season. English showed support for the four-time All-Star breaking his record.

“I knew that eventually my all time assist record would be broken. I’m honored to see that it’s 2 time, I mean 3 time MVP of the NBA do it. Congrats big fella,” English tweeted.

Furthermore, Nikola Jokic ranks 150th on the NBA’s all-time assists list. For a center, this is quite an accomplishment. Jokic ranks 20th among active players. Derrick Rose sits at the 149th spot with 3,692. Plus, Kyrie Irving has logged 3,657, ranking 154th overall. Of course, Rose and Irving are guards.

I knew that eventually my all time assist record would be broken.
I'm honored to see that it's 2 time, I mean 3 time MVP of the NBA do it. Congrats big fella. #Joker #NikolaJokic