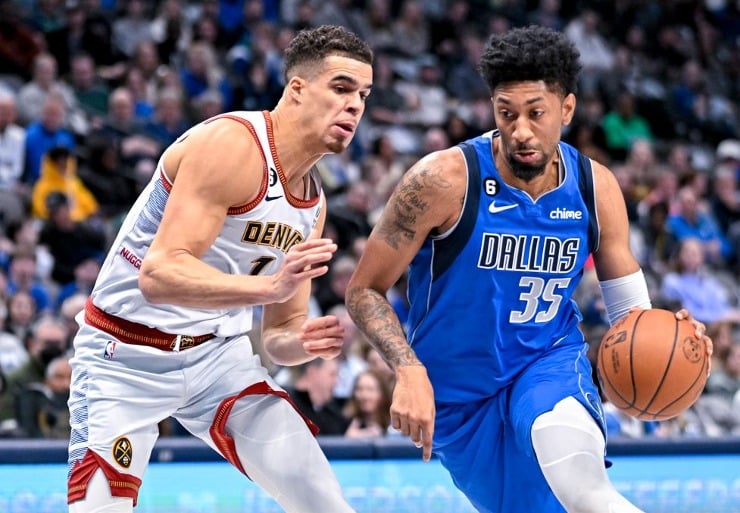 Denver Nuggets wing Michael Porter Jr. has been downgraded to out for Saturday night’s home game against the Utah Jazz. Porter Jr. needs more time to rest his heel. He has missed the last eight games.

Per multiple NBA betting sites, the Nuggets have the sixth-best odds to win the NBA championship in 2023. A few sportsbooks are showing higher odds for the Los Angeles Clippers and Phoenix Suns.

Nuggets star Michael Porter Jr. (heel) is out against the Jazz for Saturday night’s matchup

In Denver’s 121-120 road win over the Portland Trail Blazers on Thursday, Murray knocked down the game-winning 3-pointer with only seconds remaining in the fourth quarter.

Nikola Jokic led the Nuggets in scoring with 33 points in 34 minutes played. Murray closed out his outing with 21 points, five rebounds, and eight assists in 35 minutes.

“It was a play for [Nikola Jokic] to get space and let him work,” Murray said of his clutch shot. “He fumbled it a little and he told me to come get it. I turned and looked at the clock, saw that I didn’t have to rush, and I just went into my move.”

Furthermore, the Nuggets are 1-3 in their past four games. Denver is 6-3 at home this season. In the previous three head-to-head matchups, the team is 1-2 against Utah. Meanwhile, the Jazz are 3-1 in their last four contests.

Mike Conley (knee) was upgraded to probable. Not to mention, Collin Sexton remains out indefinitely due to a hamstring injury.

According to ESPN’s Basketball Power Index, the Nuggets have a 71.6% chance of beating the Jazz at home. So far this season, the Western Conference contenders are 1-1 in head-to-head matchups.