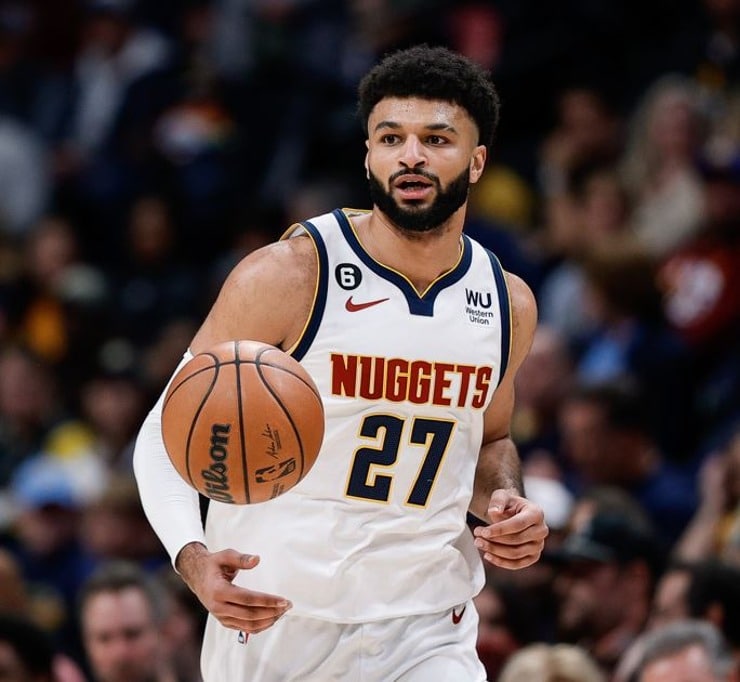 Referring to some NBA betting sites, the Nuggets have fourth-best odds to win the championship. A couple of sportsbooks are showing greater odds for the Boston Celtics, Milwaukee Bucks, and Brooklyn Nets.

He gets props from the man with 90! pic.twitter.com/2yAxVBhBku

“I was just playing our game, playing aggressive,” Murray said after helping the Nuggets improve to 33-13, the Western Conference’s best record. “We were just having fun out there. The ball was hopping.”

Jokic was absent for last night’s matchup due to left hamstring tightness. “He steals a lot of my triple-doubles,” Murray joked about the top MVP favorite. “It was nice to finally get one on the board.”

Besides Jokic, Andre Iguodala is the only other Nuggets player to record a triple-double over the last 10 seasons. In Denver’s 96-86 victory versus the San Antonio Spurs on April 10, 2013, Iguodala posted 12 points, 13 rebounds, 10 assists, and three steals in 44 minutes.

Additionally, Denver improved its home win streak to 16 games. The Nuggets have not lost at Ball Arena since Dec. 6 against the Dallas Mavericks. While Murray still played phenomenal, other accomplishments were achieved against Indiana.

What a fun game at Ball Arena.

The Nuggets finished with season highs of 38 assists and 16 steals. Also, Denver ended this interconference matchup with a total of 16 dunks, the most for the Western Conference contender since the 1996-97 season.

Moreover, Nuggets coach Michael Malone remains out for the time being after entering the league’s health and safety protocols. Denver acting head coach David Adelman is now 3-0 during Malone’s absence.

“It was really fun to see our guys continue to play the way we play regardless of who’s on the court,” Adelman said. “It was fun because a lot of guys contributed. Those are special nights.”

Adelman was most impressed by Murray’s effort. Without Jokic, the team never lost a beat. Murray’s 10 rebounds and 14 assists were seasons highs. “He’s already had such a storied career here as a Nugget and everything he’s been through,” added Adelman. “So, it’s very cool to see that.”