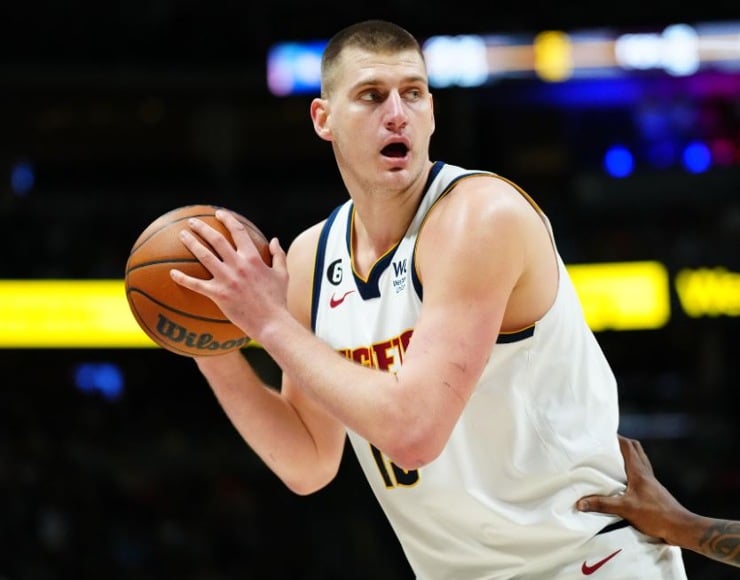 Nikola Jokic now leads the NBA in triple-doubles this season after recording his ninth in the Denver Nuggets’ 123-111 win over the Boston Celtics on New Year’s Day.

Per multiple NBA betting sites, the Nuggets center has the second-best odds to win MVP at the moment. A few sportsbooks are showing better odds for three-time All-Star Luka Doncic.

The reigning MVP secures his ninth triple-double this season, the most in the NBA 😤 pic.twitter.com/jPXVzYNHo1

Bruce Brown closed out his outing with 21 points, three rebounds, two assists, one steal, and one block. “He’s my MVP. He should be the league’s MVP three times in a row,” Brown said of his Nuggets teammate. “He’s doing everything for us. Without Joker, I don’t know where we’d be.”

Additionally, while the Nuggets center has logged nine triple-doubles so far this season, Doncic has recorded a total of eight. Ja Morant, Domantas Sabonis, and Russell Westbrook are in a three-way tie with three.

Fans are not expecting Jokic to win the MVP a third time, considering the eight-year veteran already won the award in back-to-back seasons. “If people’s reasons for not giving him the MVP is because he’s won two in a row, that’s lazy,” Nuggets coach Michael Malone said on Sunday.

Moreover, Celtics legend Larry Bird (1984–86) was the last player to win three straight MVP awards. However, the Nuggets center has greater competition this season. Doncic is averaging career highs of 34.2 points, 8.9 assists, and 1.7 steals with Dallas.

Along with logging 8.7 rebounds per game, the Mavericks guard is also shooting career bests of 51.1% from the floor and 36.7% outside the arc. Whether Nikola Jokic or Luka Doncic win the award in the coming months, one thing is for certain: both superstars are two of the top three candidates.

Celtics forward Jayson Tatum is another solid pick. The two-time All-NBA member is averaging career highs of 30.9 points and 8.1 boards per contest with Boston.